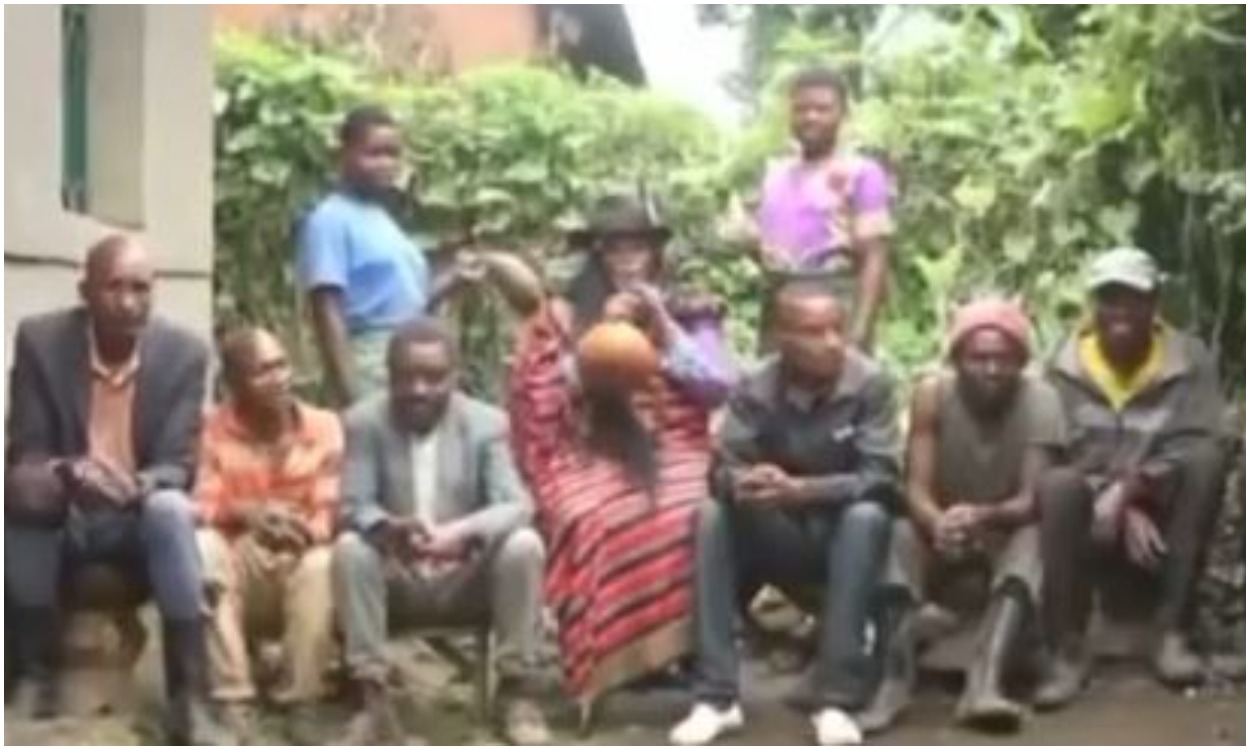 A middle-aged woman who got married to seven husbands has revealed how she manages all of them and satisfies their sexual needs.

In a documentary video shared by the Youtube content platform, Afrimax, the African woman with seven husbands also disclosed how she satisfies them sexually.

According to the woman, ”she is a powerful spiritualist, and none of her husbands would dare cheat or think of leaving her. She proudly revealed that she has built a house for all her husbands, hence why she’s able to discharge her sexual duties with them separately in their rooms.’‘

The polyandrous traditional healer, who is reportedly living in peace with her husbands, does not cut her hair as was the case with her ancestors saying, like the Biblical Samson, her powers emanated from the hair.

@magnonokolieherbal wrote; ‘This one done use their destiny. Woman power.’

@myfashionworldfab wrote; ‘I no get energy as a woman to build 8 houses.’

@msftvickyjohnson wrote; ‘This one do pass Nola darling’

@titilayoalagabi wrote; ‘There is no new thing in d world, just that we haven’t come across it yet’