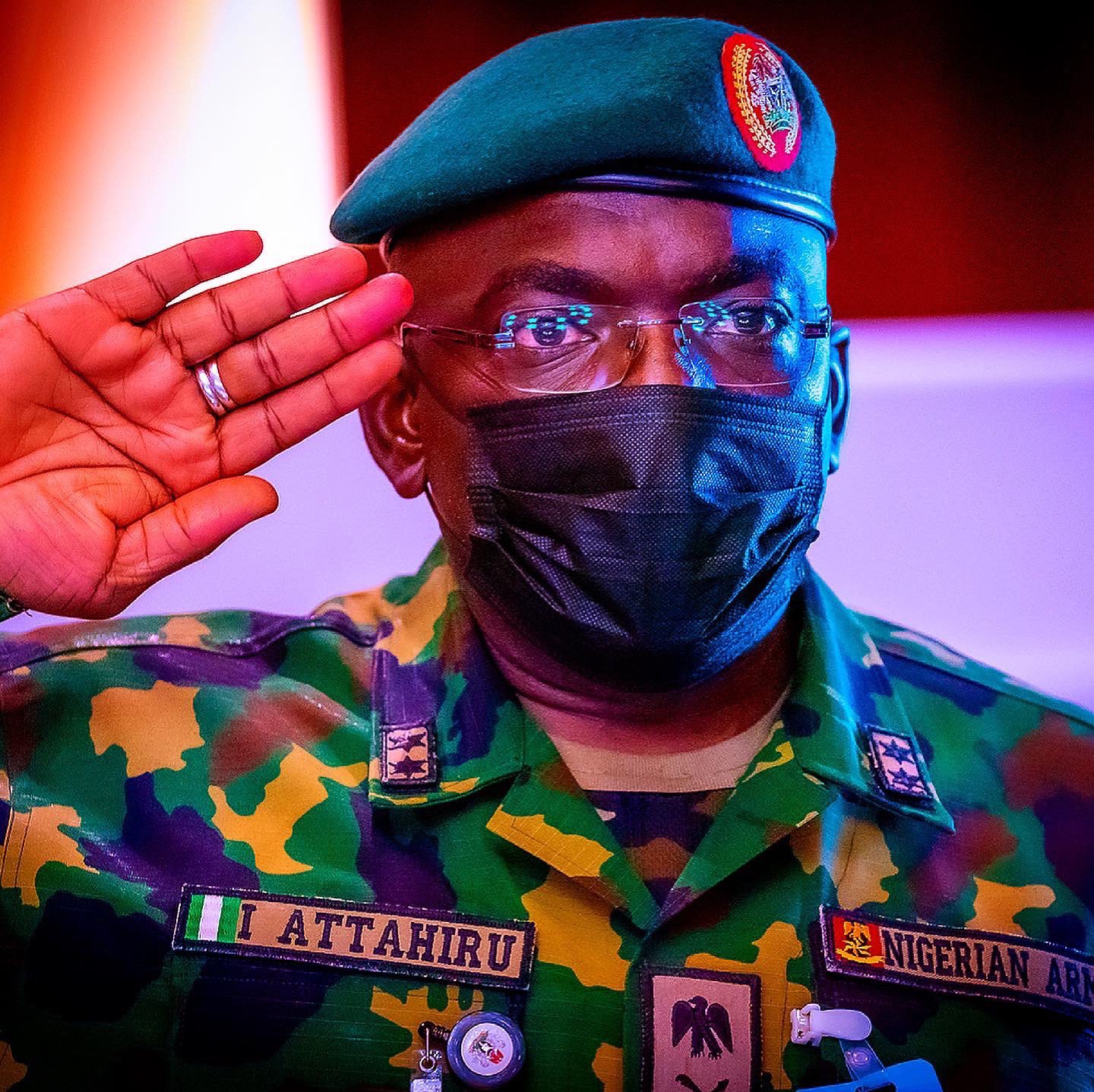 President Muhammadu Buhari has approved Monday, 24th May 2021 as a work free day for members of the Armed Forces as a mark of honour for the late Chief of Army Staff, Ibrahim Attahiru.

The President also directed that the national flag should fly at Half Mast in all public buildings and official residences across the country, from Monday May 24 to Wednesday May 26, 2021.

The full statement reads; “His Excellency, Muhammadu Buhari President, Commander-in-Chief of the Armed Forces, Federal Republic of Nigeria has authorized that the National Flag should be flown at half-mast in all public buildings, facilities and official residences with effect from Monday 24 to Wednesday 26 May, 2021”

“This approval is to honour the memory and services of the Late Chief of Army Staff, Lt General Ibrahim Attahinu, ten senior military and service members who lost their lives in the plane crash on Friday 21 May, 2021.”

“The President has similarly approved a work-free day for members of the Armed Forces on Monday 24th May 2021.”

President Buhari has directed that the national flag 🇳🇬 be flown at half-mast in all public buildings and official residences across the country, from Mon May 24 to Wed May 26, 2021, in honour of the late COAS and other military officers who died in Friday's plane crash.

The President also spoke with the spouses of the other deceased officers who lost their lives in the crash.

This development was confirmed in a Twitter statement by the presidency on Sunday evening.