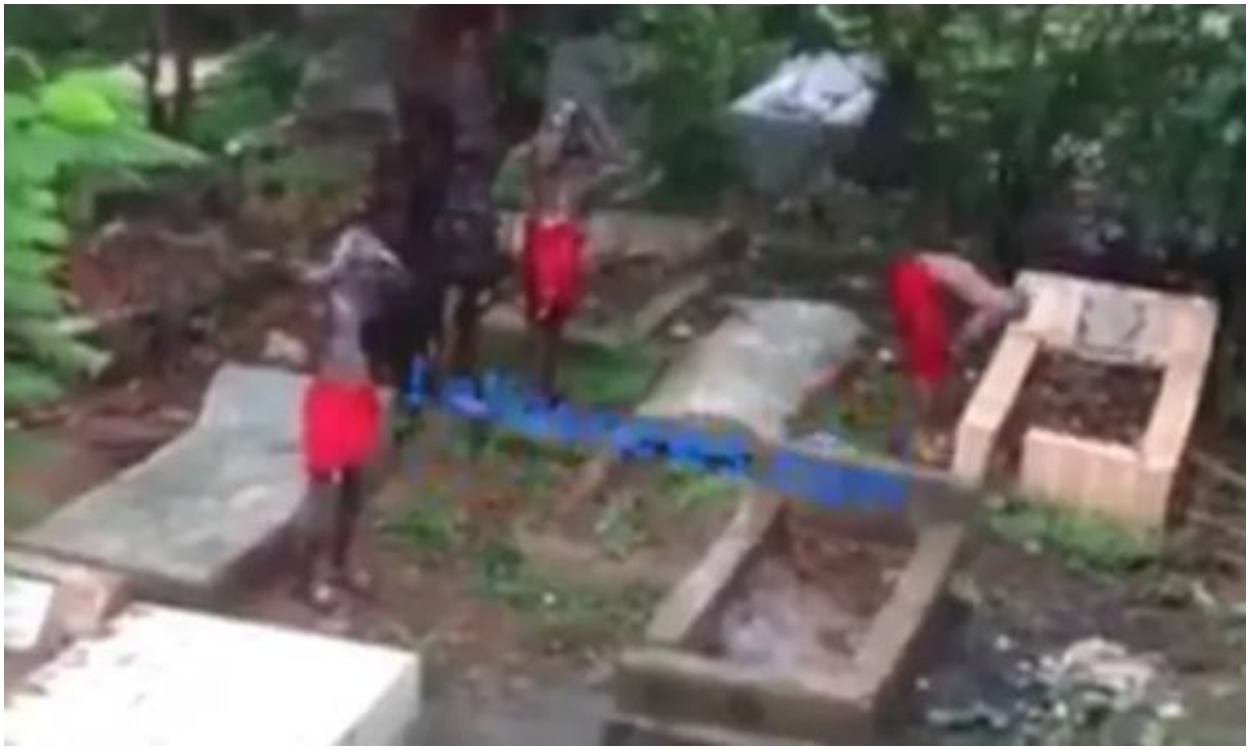 Nigerians on social media have reacted to the shocking video making rounds that showed a group of young Nigerian men gathered around an unknown cemetery to shower whilst also chanting incantations.

According to reports, many believe the young men are internet fraudsters trying to use fetish means to dupe unsuspecting foreigners.

In the video that has become a growing sensation since it was first shared, the young men who were about three in number could be seen bathing at a cemetery as the recorder hid away to cover the proceedings.

Young men seen making incantation and having their bath in a cemetery 😳 pic.twitter.com/3dDWUHKApx

See the reactions gathered after the video was shared;

@Joe wrote; ‘In the end, sooner or later, they would join those in the graves’