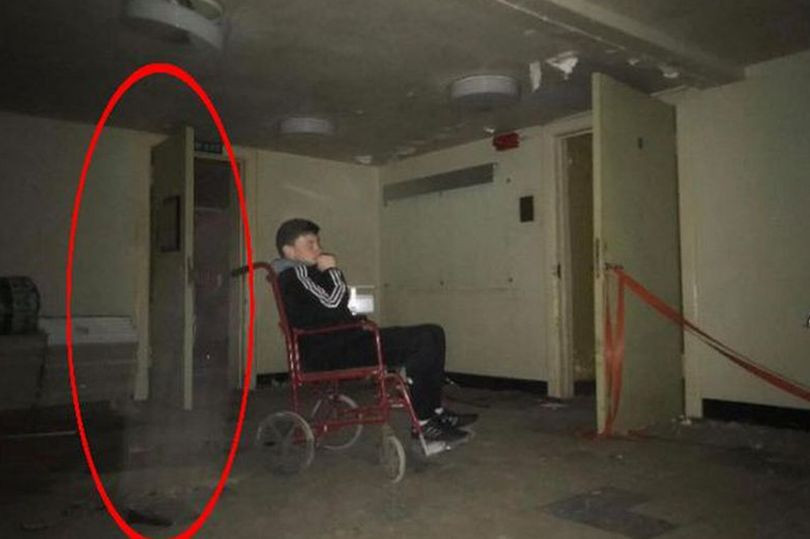 In what seems really strange but true, a “ghostly” figure has terrified a pair of urban explorers who went on a photo adventure into an abandoned mental health hospital.

They took turns in posing on a wheelchair which was left in one of the hospital rooms, when they checked one image which appeared to capture a woman wearing a white gown “reaching over” Michael.

Jamie, from Edinburgh, described how the “air turned cold” when they entered the spooky facility and that they could see their breath, despite it being the middle of summer.

He told the Daily Record : “We looked around where we found old sweet wrappers and old cassette tapes.

“We then positioned the wheelchair and took a couple photos and when we looked back through them we saw what looked like someone pushing the chair.

“After further examination it now looks like something much taller reaching over the chair and looking towards the camera.”

“Once we saw this we quickly left and didn’t go back”.

Rosslynlee Hospital was built in 1874 and used to house a closed community of up to 500 patients before it closed its doors in 2010. 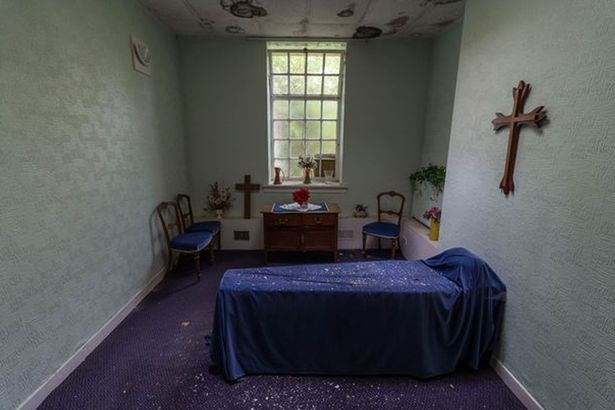