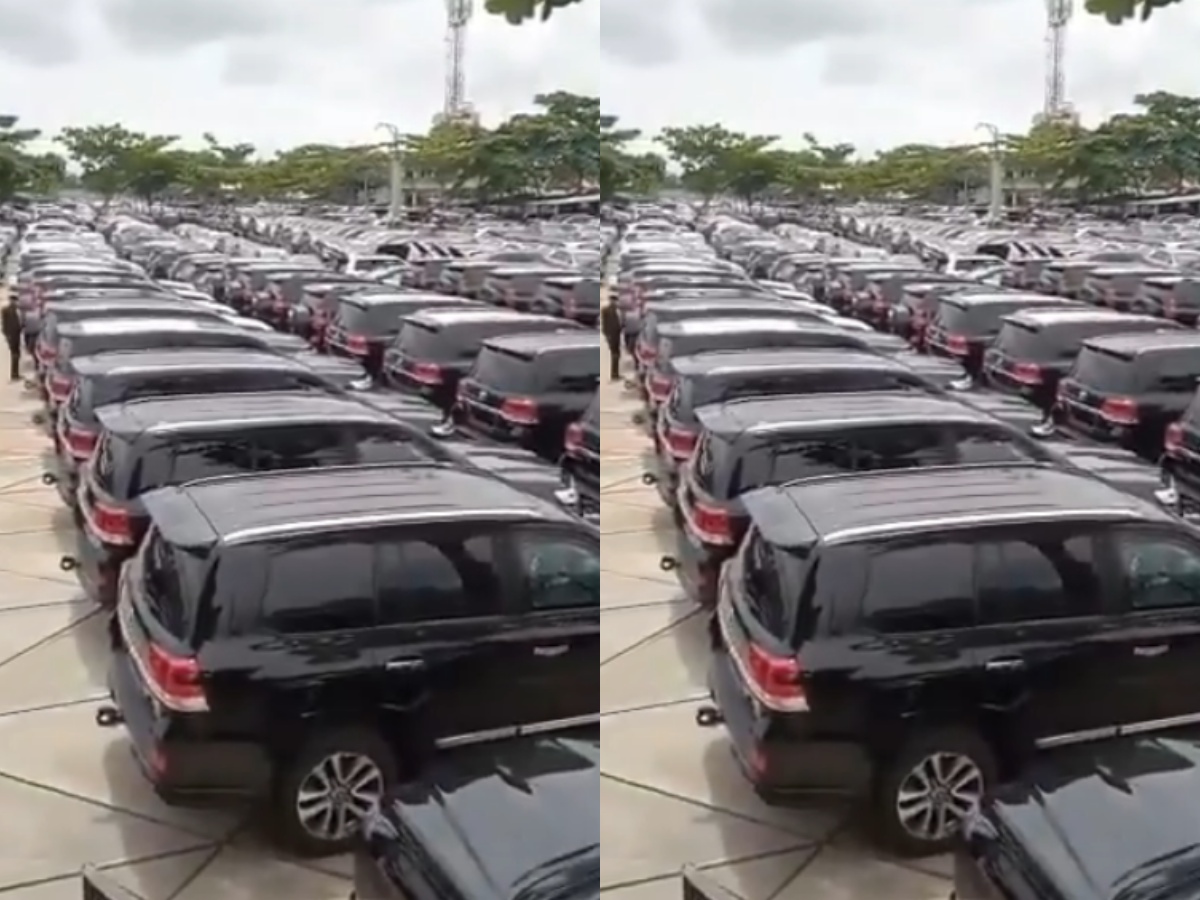 A viral video on social media has caused a barrage of reactions after it was alleged that SUV cars as seen in the video, were ready for distribution to Nigerian senator and members of the house of representatives.

Most social media users have since registered their concern about the alleged SUVs to be distributed to Nigerian politicians amid lingering ASUU strike and the hit of a second recession.

Watch the alleged video below;

SUVs for senators and house of rep members ready for distribution in a country where ASUU has been on strike for close one year and budget for education is less than 10%. pic.twitter.com/9q5XpRxhGL

However, findings by Naija News revealed that the report is ‘FAKE’ and the SUV cars displayed in the video belongs to an auto mart, Al-Wadjoud park in Cotonou.

Naija News understands that the widespread of ‘FAKE NEWS’ is one of the reasons why the federal government of Nigeria has insisted on establishing social media bill in the country.

Meanwhile, the Socio-Economic Rights and Accountability Project, SERAP has vowed to sue the federal government and Governors of the Northern region over the proposed social media bill.

SERAP in a series of tweets in early November said the group would sue them if the social media bill is passed and signed by President Muhammadu Buhari, Naija News reports.