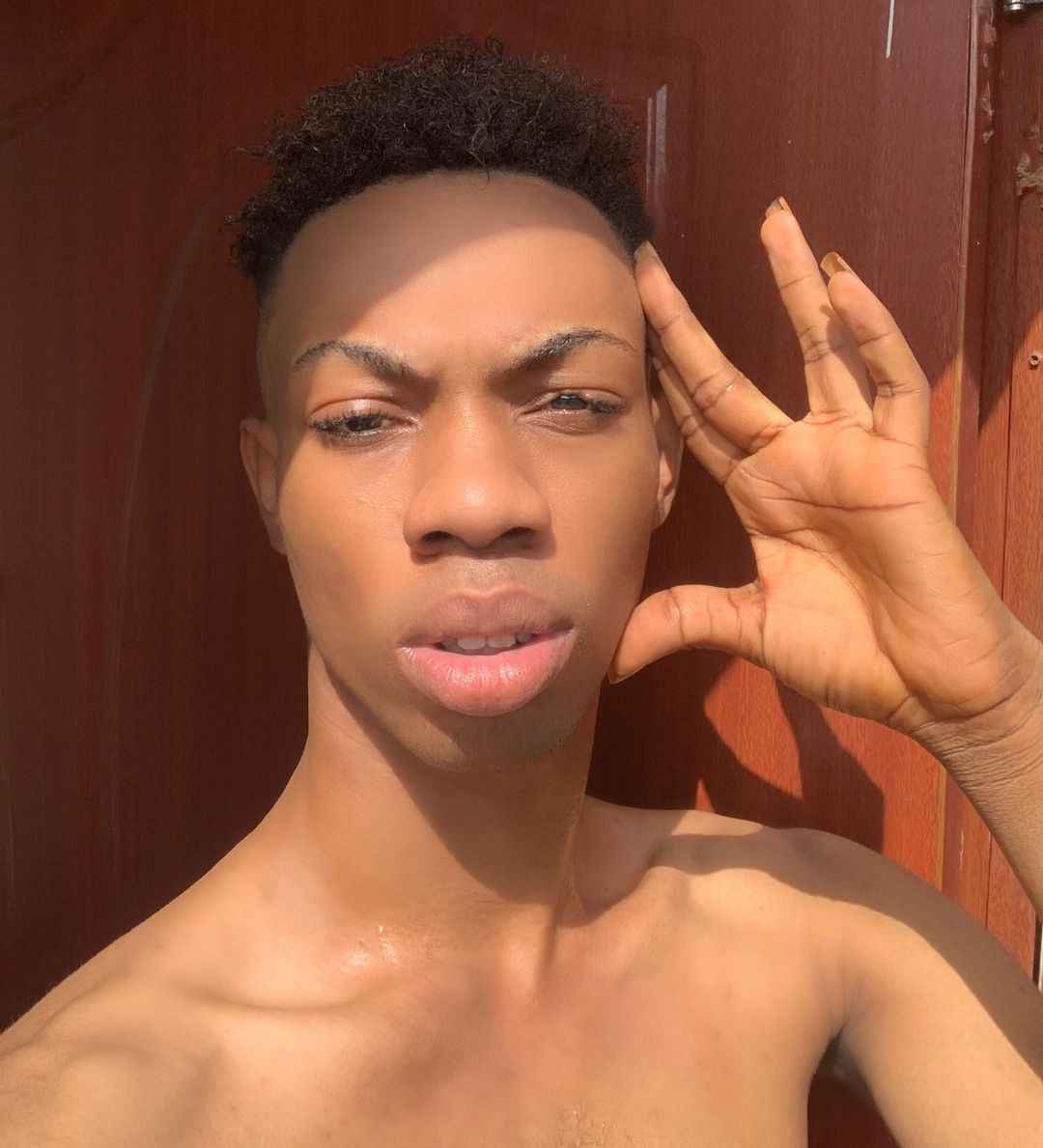 Fast-rising Nigerian Male Crossdresser, James Brown has stated that there is no shame in ”selling sex” otherwise known as prostitution.

According to him, the profession isn’t a new one, adding that it is one of the oldest in the world.

This he wrote on his Instastory.

He also said it should be seen as a thing of pride, adding that those involved should make sure they get paid well for their time.

His words “There is no shame, absolutely no shame in selling sex.

It is a profession and one of the oldest.

If you sell sex, sell it with pride and make sure you get the real price for your time. 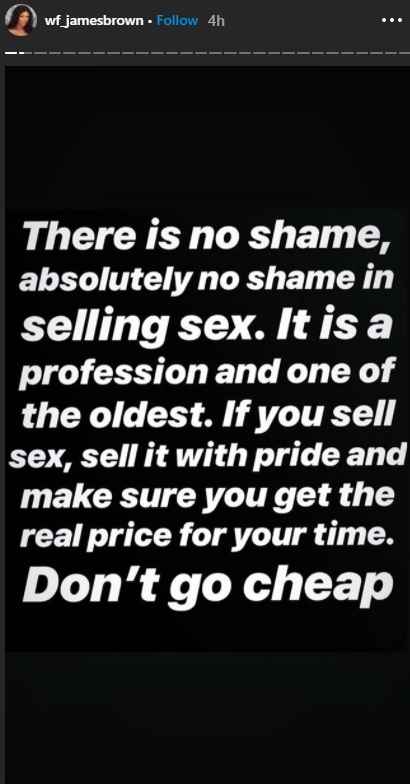