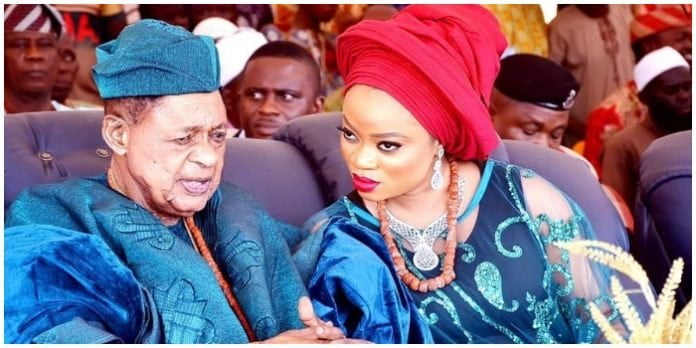 The marriage between 82-year-old Alaafin of Oyo, Oba Lamidi Adeyemi, and one of his wives, Queen Aanu seem to have ended as her post in the early hours of today indicates.

In the post, she explained that he decision to walk out of her marriage, has put her life in danger.

Queen Aanu who had welcomed the monarch’s third set of twins in 2018, said she decided to opt out of the union as she couldn’t continue to live in bondage.

She said that since she moved out of the palace, her life has been under serious threat. She said she recently survived a failed attempt to kidnap her.

She asked the public to hold the monarch responsible incase anything happen to her or her children. 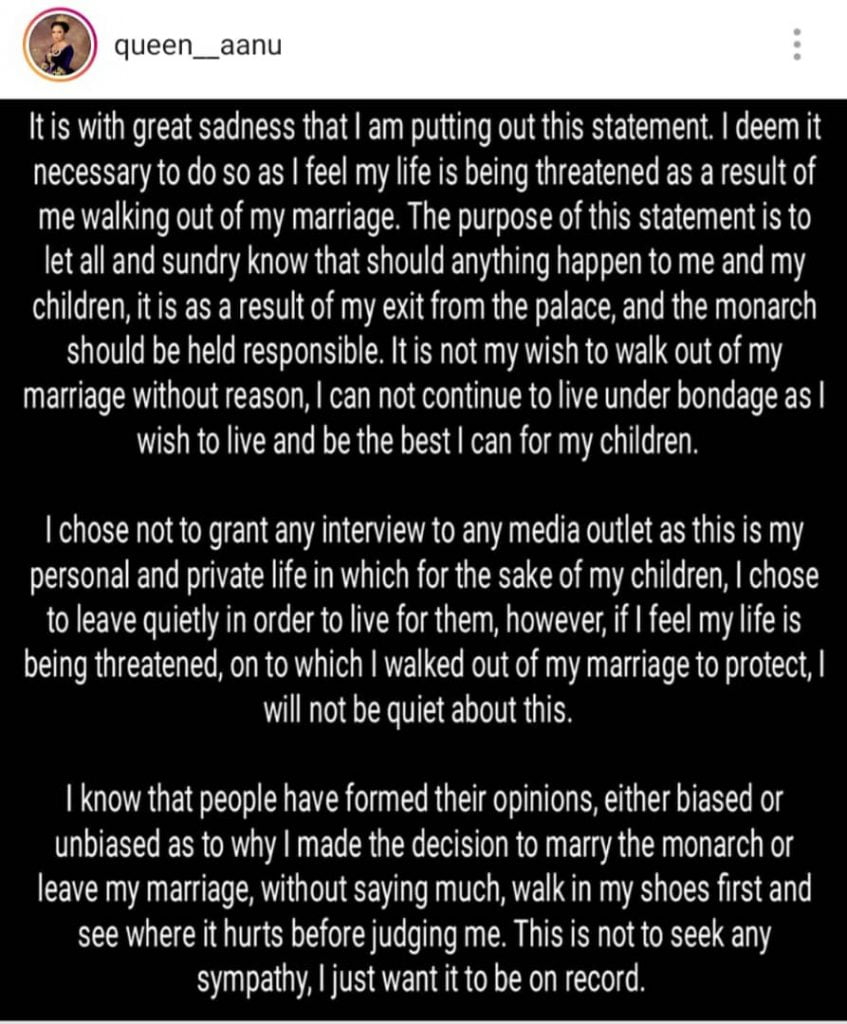 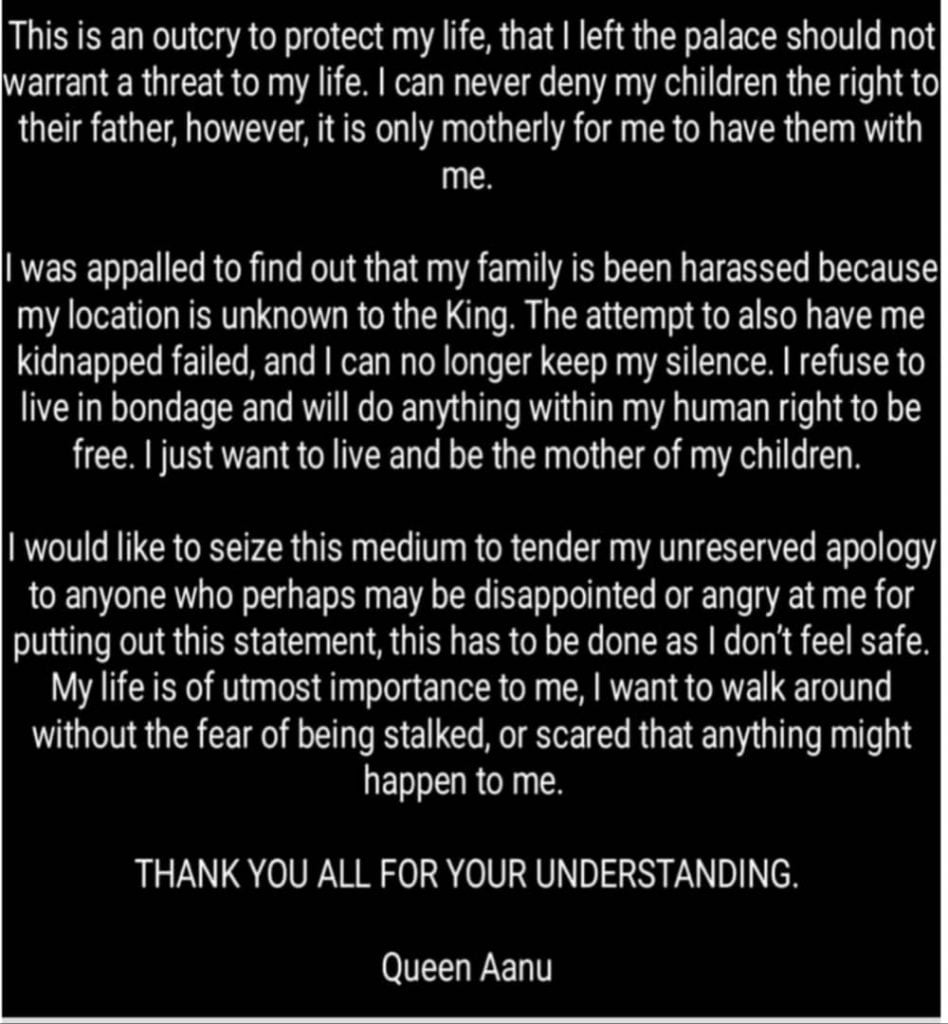