Governor Nasir El-Rufai of Kaduna State has been dragged before the High Court in Zaria by the Iyan Zazzau, Bashir Aminu, over the Emir position in the state.

Others dragged before the court are Secretary to the State Government, Balarabe Lawal; Jafaru Sani, Commissioner for Chieftaincy and Local Government Affairs; the Attorney General and Zazzau Emirate Council.

Recall that El-Rufai appointed the former Nigerian Ambassador to Thailand, Bamalli as the new Emir of Zazzau.

Aminu is seeking an order of interim injunction restraining defendants/respondents, especially El-Rufai (the 1st defendant), whether by himself or appointees, from installing Bamalli (the 11th defendant) as the Emir.

He wants an order restraining Bamalli from parading himself as the Emir pending the hearing and determination of the Motion on Notice. 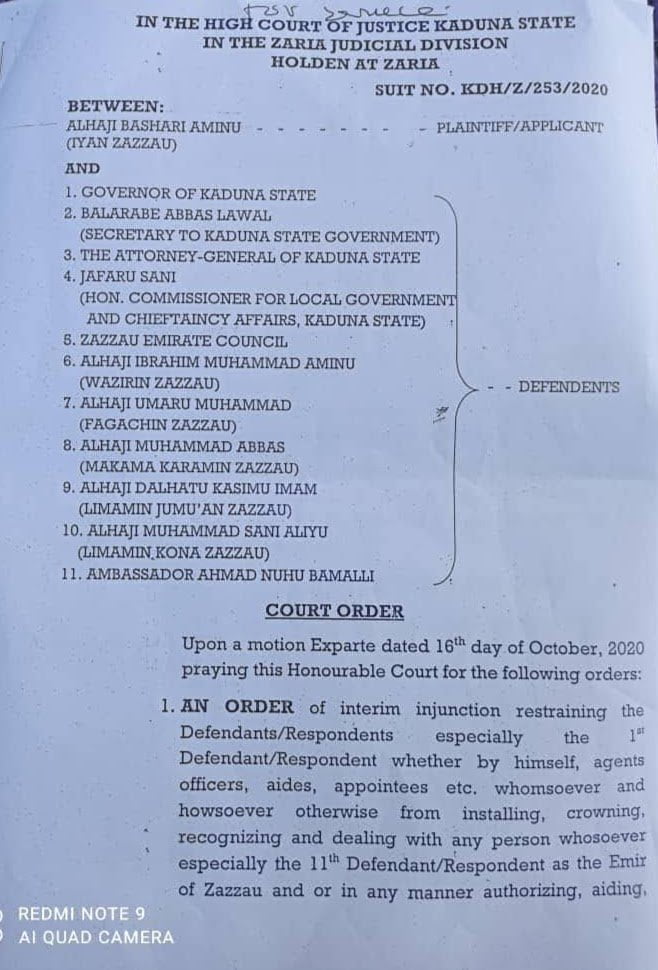 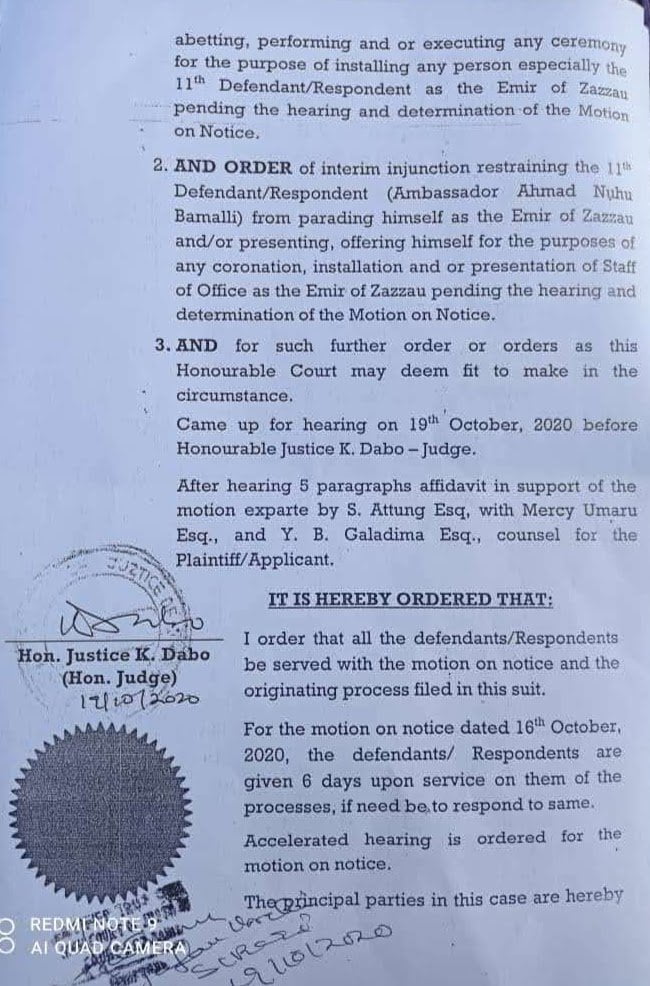 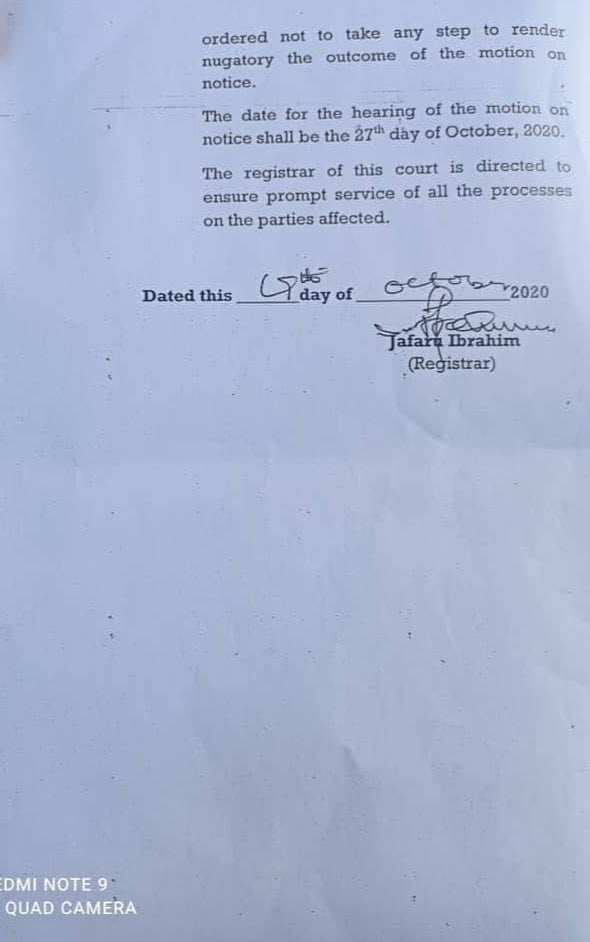