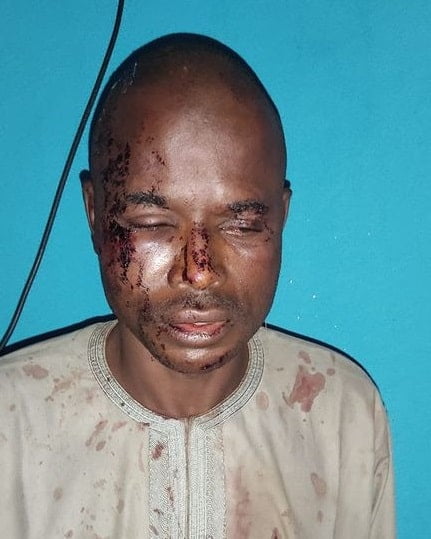 A 50-year-old man labelled as a serial rapist has allegedly raped a minor inside a mosque in Bauchi State.

According to reports, the man whose name is given as Yusuf Bako was recently pardoned by the Bauchi state governor after committing the same crime.

However, Bako who resides at Yakubu Wanka Street in Bauchi has allegedly lured a minor identified as Hauwa Jamilu into a Mosque situated at Aminu Street and forcefully had canal knowledge of her. Naija News learnt that the culprit was among inmates recently pardoned in the state to decongest prisons and curb the spread of coronavirus.

Confirming the incident, the spokesperson for the state Police Command, DSP Ahmed Mohammed Awkil in a statement on Friday, September 4, noted that the suspect was arrested on Thursday and has admitted to the crime.

He said, “On the 03/09/2020 at about 1130hrs one Jamilu Abdullahi ‘M’ of Igbo Quarters reported at the Township Police Station that on the same date at about 0920hrs One Yusuf Bako ‘M’ aged 50years of Yakubu Wanka Street Bauchi lured one Hauwa’u Jamilu ‘F’ aged 4years to a Mosque located at Aminu Street and “had canal knowledge of her”.

The statement added, “Subsequently, the said Yusuf Bako was arrested and he confessed to the crime. When interrogated he stated that he was arrested and imprisoned in 2001 and 2015 for the same offence. He further claimed to be among the fortunate inmates recently pardon by the State on the eve of Coronavirus.”

Meanwhile, a final-year student of​ Accounting at Yusuf Maitama Sule University, Kano, Abba Ahmed has attempted to commit suicide for being unable to marry Hanan Buhari, the daughter of President Muhammadu Buhari who just wedded.