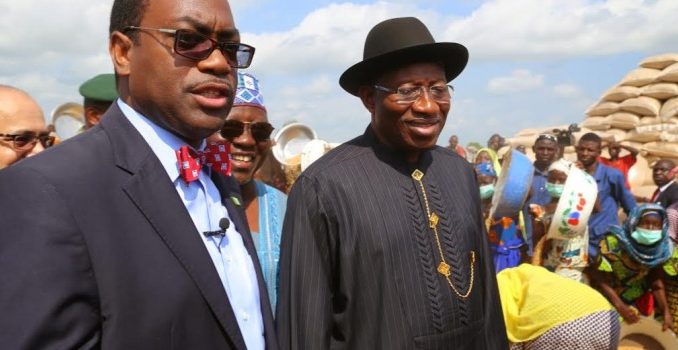 Former Nigeria President, Goodluck Jonathan has joined other African leaders to congratulate Akinwumi Adesina on his re-election as the President of the African Development Bank (AfDB).

Jonathan who was in attendance at the virtual swearing-in ceremony of Adesina on Tuesday, said he is confident that the former Minister will not disappoint Africa and the shareholders in the bank.

He further stated that the AfDB president made a lot of achievements within the first five years of his first tenure.

According to Jonathan, Adesina will perform better when given the mandate to serve for another term in office.

He said “Let me first congratulate Adesina for making history, for the number of achievements he made within the first five years.”

“Let me also thank all the shareholders for supporting him. I believe that in his second tenure, he will even do better.”

“Dr Adesina worked with me as my Minister for Agriculture and I know what he is made up of.”

” I believe he will not disappoint the shareholders.”