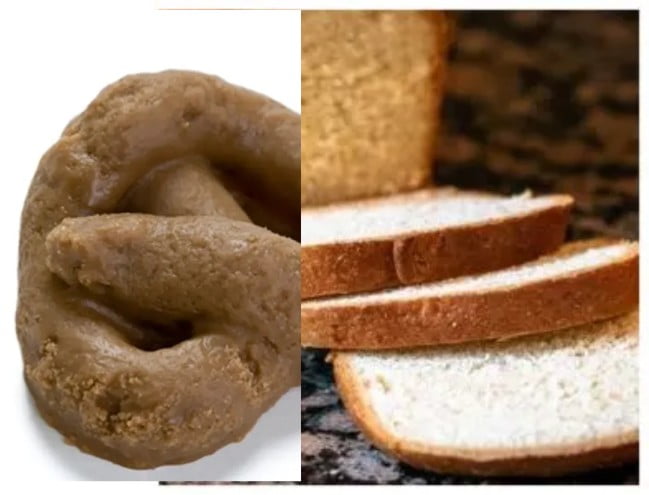 One Emmanuel Egbu has been apprehended by the men of the Nigeria Police Force in Oyo State after people close to him reported of his weird act.

Naija News understands that the man was apprehended after reports reached the security men that he was found eating bread with human faeces.

Egbu who sells cosmetics and Brazilian hair was reportedly caught in the act at his shop in the Sango area of Ibadan, the state capital, on Saturday, August 22. The incident attracted a large crowd at Sango after residents had raised the alarm, Naija News understands.

The crowd had wanted to descend on Egbu with beaten but a timely intervention of the police prevented them from the act.

Confirming the report, the spokesperson of the state police command, Olugbenga Fadeyi, revealed that the Divisional Police Officer in charge of Sango Police Station had commenced a thorough investigation into the act, adding that the faeces which was reportedly found with the suspect has been sent to the laboratory for examination.

An attempt by residents to empty Egbu’s shop was also aborted by the Police, Naija News gathered.

Meanwhile, the Nigeria police have re-arrested Sunday Shodipe, the prime suspect in the serial killings in the Akinyele Local Government Area, Oyo State.