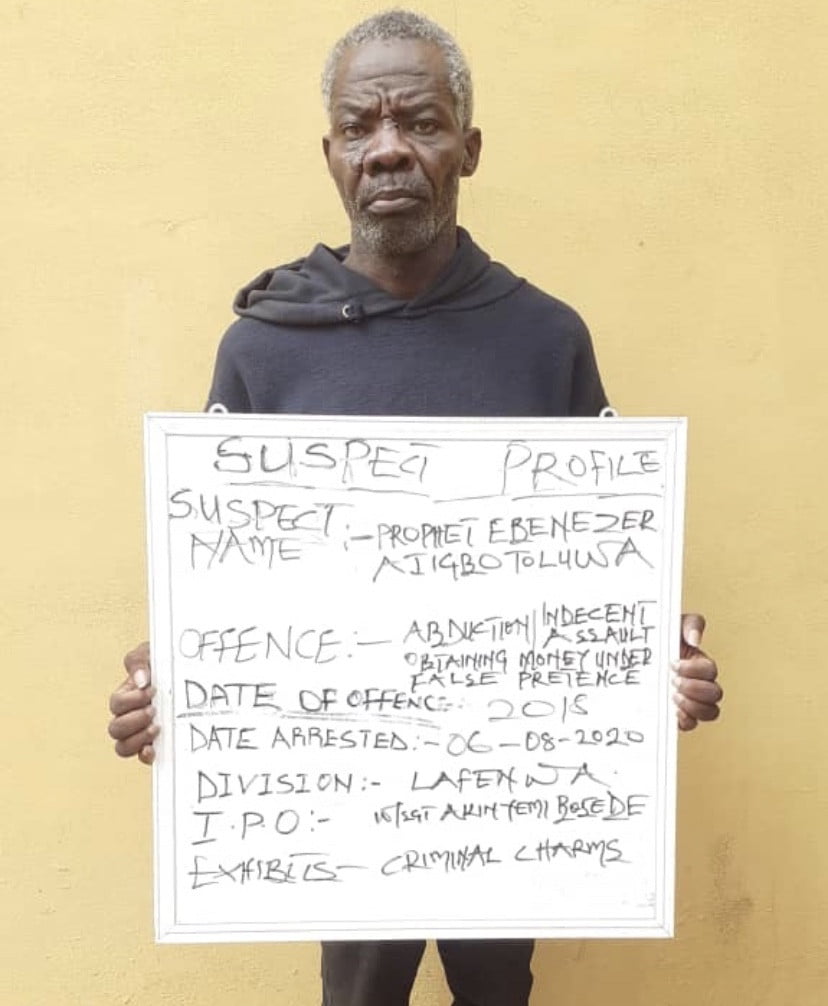 In a report confirmed by the Ogun State police spokesman, Abimbola Oyeyemi, one Pastor Ebenezer Ajigbotoluwa has been apprehended in Abeokuta, the state capital for sexually assaulting two siblings.

The self-acclaimed man of God who is understood to be the General Overseer of Church of Lord, situated in Olomore in Abeokuta had reportedly defrauded the mother of the young girls to the tune of 2million naira before the sexual assault follows.

Naija News learnt that Ajigbotoluwa raped and impregnated the two teenagers after collecting the huge sum from their mother to perform a spiritual cleansing on the family. He was, however, arrested after the mother of the victims whose name is not revealed reported at the Lafenwa police station in Abeokuta.

It was reported that Ajigbotoluwa had earlier requested the whole family of the victims, including their mother to relocate to the church premises for their safety from an unnamed sickness; and thereby continue to secretly sleep with the two girls who are said to be 16 and 13-year-old respectively.

Further reports revealed that the G.O after impregnating the two siblings procured abortion for them at a private clinic.

Confirming the incident, Oyeyemi in a statement said; “Upon the report, the DPO Lafenwa division CSP Muraina Ayilara, led his men to the church but the place has been deserted. The CP then directed that the suspect be hunted for and brought to book. In compliance with the CP,s directive, the DPO and his men embarked on intelligence and technical-based investigation, and their efforts paid off when the prophet was arrested on the 6th of August 2020 at about 5 a.m”.

He disclosed further that some deadly charms were recovered from the General Overseers house. Oyeyemi, however, confirmed that he has been arrested and transferred to the State Criminal Investigation and Intelligence Department for discreet investigation.

Meanwhile, two siblings, reportedly students of University of Nigeria affiliate to College of Education, Ikere-Ekiti, has been crushed to death while travelling home to meet their mother in Ekiti State.