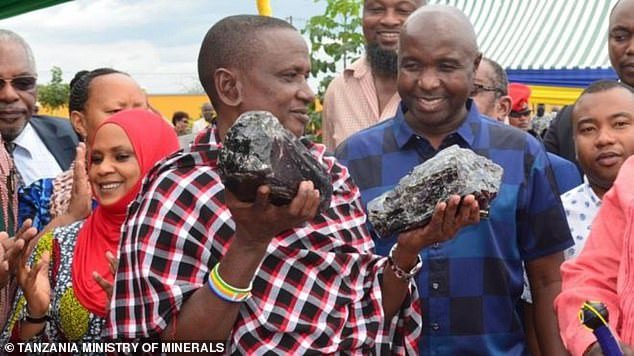 Just a month after reports emerged that a Tanzanian miner dug up two huge gemstones worth millions of dollars, the same person who has been described as ‘lucky man’ have reportedly found another multi-million-dollar lump of Tanzanite.

The father of thirty children who became a millionaire after digging out the two gemstones in June 2020, while working at a mining site in the northern region of Tanzania is said to have found the third stone which weighs 6kg, estimated to the value of $2million (£1.5million ).

Mr Laizer was in the last month handed a cheque of 7.74 billion Tanzanian shillings, equal to $3.35million by the Tanzanian government for the two massive dark violet-blue rare stones. He, however, vowed to use part of the money to build a school and a shopping mall in his community, considering the fact that most parents in the community can not afford to pay for their children’s education, Naija News recalls.