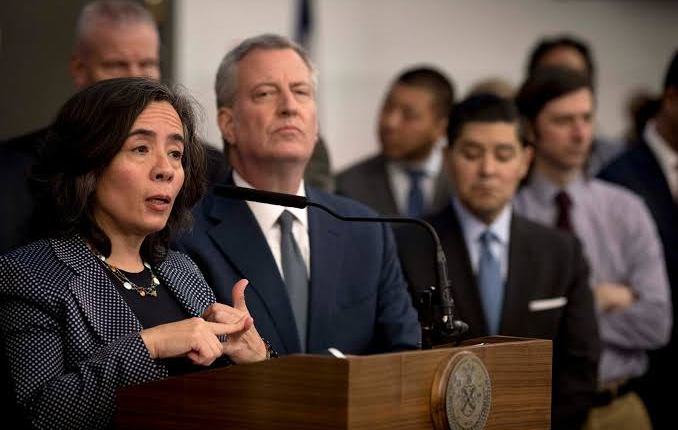 “I leave my post today with deep disappointment that during the most critical public health crisis in our lifetime, that the Health Department’s incomparable disease control expertise was not used to the degree it could have been.

“Our experts are world-renowned for their epidemiology, surveillance and response work.

“The city would be well served by having them at the strategic centre of the response not in the background,” Barbot said in her letter of resignation.

Naija News understands that the development confirms speculation of disagreement between the Department of Health and the city administration over alleged handling of the Coronavirus pandemic.

Barbot’s resignation came after Mayor Bill de Blasio, stripped the department of the responsibility of COVID-19 contact tracing, and gave it to the hospital management agency, a decision which triggered complaints from officials of the department who felt the mayor made a wrong call by relieving them of their traditional responsibility.

The  Health Commissioner’s replacement was immediately named as Dr Dave Chokshi, who was the Principal Health Adviser to former President Barack Obama’s Secretary of Veterans Affairs.

Meanwhile, reports have it that New York’s Coronavirus contract tracing programme has come under criticism in recent weeks over complaints by contact tracers about lack of coordination and poor working conditions.