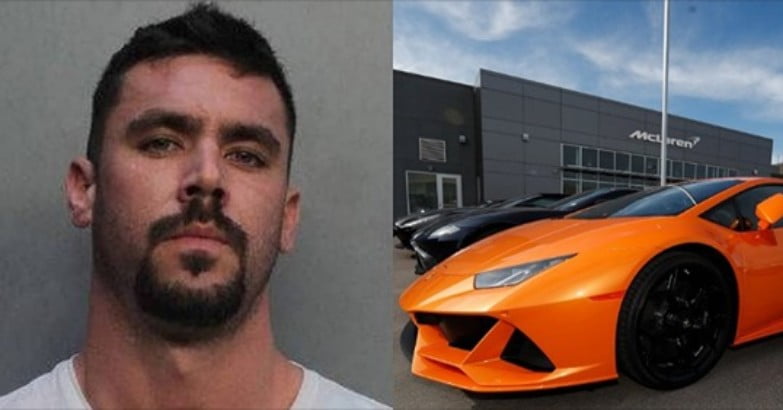 An American businessman, David T. Hines has been picked up for diverting the ₦1.5billion COVID-19 relief loans.

Naija news learnt that he used the fund to buy himself a new Lamborghini worth ₦123m was not on the list of permissible expenses under a Small Business Administration loan program meant to protect employees and cover other legitimate costs like rent during the coronavirus pandemic.

The loans approved by the Trump administration and Congress were meant for Hines’ supposedly ailing South Florida moving business.

After being arrested over the weekend, it was gathered that he has also spent thousands of dollars on dating websites, jewellery and clothes, along with stays at high-end hotels such as the Fontainebleau and Setai on Miami Beach.

Federal investigators linked the Lamborghini to Hines, who appeared in Miami federal court on fraud and other charges Monday, after he was involved in a hit-and-run accident on July 11. Miami police impounded his car, and now prosecutors plan to seize it.

Hines, 29, held over the weekend at the Federal Detention Center, was granted a $100,000 bond by Magistrate Judge John O’Sullivan and will be allowed to stay at his mother’s home with a GPS monitor.