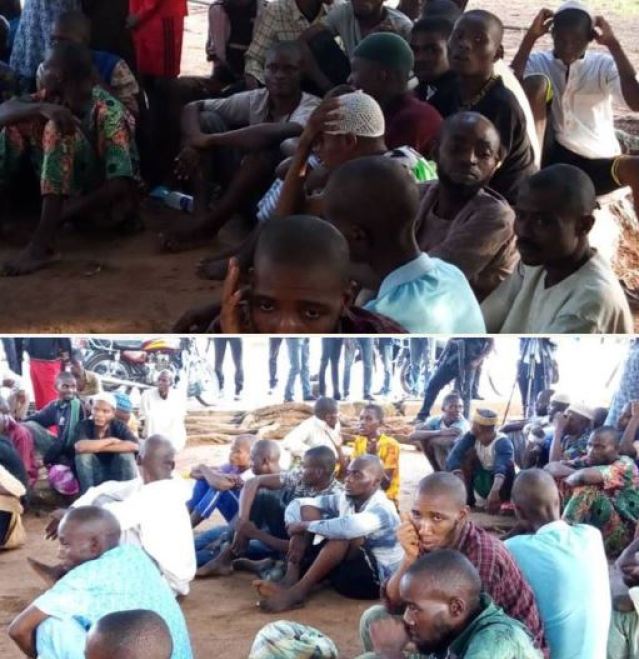 One Umar Ahmed, 46, of Anguwan Gwari Suleja, has been arrested by the Police Command in Niger State for keeping about 15 children, under the pretense that it is an Almajiri School.

According to the police Spokesman, Wasiu Abiodun, in a statement, the suspect was arrested by Police Operatives attached to ‘A’ Division Suleja, following a tip-off.

He said the Police Operatives attached to ‘A’ Division Suleja, swung into action based on a tip off around 2pm on July 18.

“Preliminary investigation has revealed that the children who are of ages ranging between 2-10 years were on several occasions, physically abused by the suspect which made them to have scars all over their bodies,” he said

According to Abiodun, the suspect usually chains their legs whenever they misbehave.

He noted that the children have been taken to the Niger State Child Right Agency pending when the investigation will be concluded.

Abiodun said the operatives recovered from suspect, three chains, adding the matter would be charged to court after investigation.