The Prosecution team during the last trial presented witness number six as contained in the charge sheet, one Inspector Habila Samuel, a police officer attached to the Intelligence Response Team of the Force Headquarters, Abuja.

The witness while speaking revealed how military officers allegedly shot at the police vehicle conveying the kidnap kingpin from Taraba State, which led to the death of three operatives and two civilians.

The witness during cross-examination by the prosecution counsel told the court that the first defendant, Wadume was traced by the police based on information.

It was reported that the suspect was tracked to the Kano home of his uncle where he was receiving treatment for gunshot wounds from a family physician, before his eventual arrest.

Counsel to the second defendant, however, claimed that his client, the station officer at Ibi, Inspector Daje, made his statement with an inducement to implicate a certain army captain, Balarabe while that of the sixth defendant alleged his client, Zubairu Abdullahi, was tortured to get his statement.

Six AK47 guns were also tendered as evidence in the course of the trial. 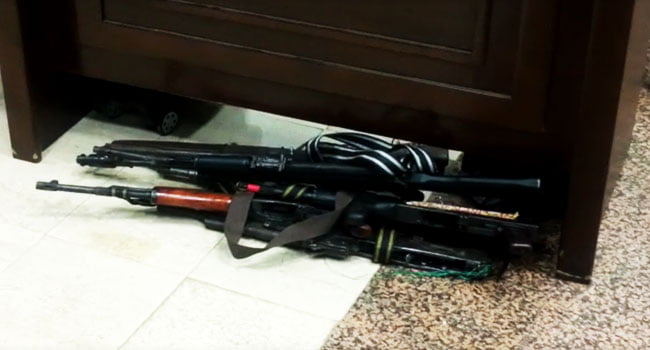