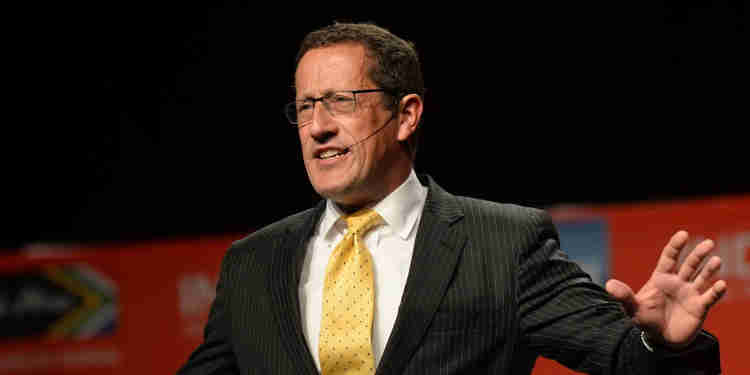 Richard Quest, CNN’s Presenter, has noted that despite being helped of COVID-19, over two months ago, he still discovers new damages done to his body system.

Quest had on April 20 tested positive to Coronavirus but he recovered a few weeks later on May 5.

He, in an article which was published on Tuesday said he was seeing symptoms of coronavirus again, which includes cough and fatigue.

According to him, the virus is like a “tornado” which causes damage as it “swirls through the body”.

“The cough has come back, without warning and seemingly for no reason; so has the fatigue. True, neither are as debilitating as when I had the actual virus, but they are back,” he said.

He said like many other victims have experienced, he now realises that he is living and suffering from the long tail of COVID-19.

“The virus is like a tornado. When it lands, it swirls through the body, causing chaos, confusion, coughs, wreaking damage to each organ it touches. Some won’t survive its visit. For those that do, when it has gone, one surveys the damage to the human landscape and realizes it’s much greater than first thought.”

Quest said some of the new symptoms in discovered in his body includes mild confusion and delay in his thought process.

He warned all those who hadn’t tested positive to the virus yet to ensure that they prevent it.

“I am also discovering new areas of damage: I have now become incredibly clumsy. I was never the most lissome person, no one ever called me graceful, but my clumsiness is off the chart. If I reach for a glass, or take something out of a cupboard, I will knock it, or drop it on the floor,” he said.

“I have tripped over the curb and gone flying. I fall over furniture. It is as if that part of my brain, which subconsciously adjusts hand and movement to obstacles it sees, isn’t working.

“At times there’s a sense of mild confusion. The micro delay in a thought, the hesitation with a word. Nobody would notice but me.