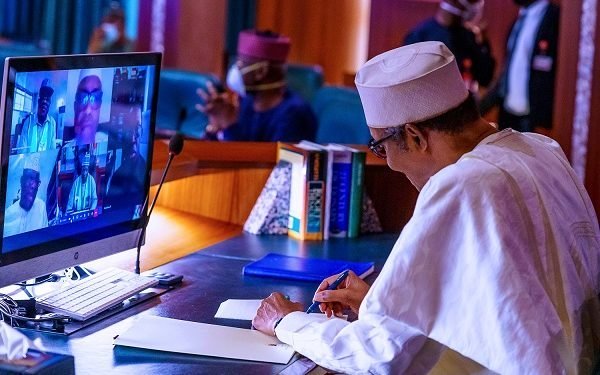 Naija News reports that the President who sent the list on Tuesday also asked the Senate to confirm three members of the Code of Conduct Bureau (CCB), a statement by Ezrel Tabiowo, Special Assistant (Press) to President of the Senate said.

The statement by the Special Assistant (Press) to President of the Senate said the Senator Ahmad Lawan, the Senate President, had received the notification and had read it to the floor during plenary.

President Buhari’s letter for the FCT High Court nominees reads: “In accordance to Section 256(2) of the 1999 Constitution of the Federal Republic of Nigeria as amended, I have the honour to forward for confirmation by the Senate, the under-listed names of eleven (11) nominees as Judges of the High Court of the FCT, Abuja.

“Also to be confirmed is the appointment of Umar Garba Danbatta, as Executive Vice Chairman of the Governing Board of the Nigerian Communications Commission (NCC) for a second term of five (5) years,” the statement added.

The President, however, maintained that nomination of the 11 Judges For FCT High Court and 3 CCB Members was within the confines of the law.