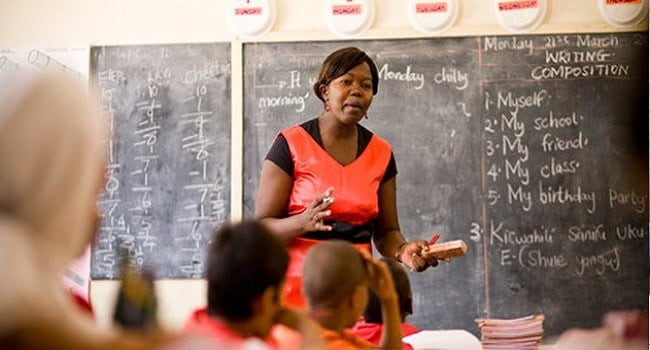 The novel Coronavirus had tormented the globe and still tormenting it as I write. If it could talk, of course, we would have asked it what it really wanted— at least, to free our world. We had tried curtailing it and still trying, instead, it continues to strut like a wildfire. Today, tell me an institution that is working now and I will ask you to compare it to how it was working before COVID-19 crept into our world. Our businesses are not healthy, our schools are close down, not until recently that our religious houses were opened under strict conditions of operation— social distancing must be exercised inter alia.

Like a Yoruba maxim which goes thus: If there is a party in a family, each member of the family will bear its cost more than one another. Our private schools’ teachers are seemingly the most affected in these trying times. They are depending on the owners of the schools they work while the owners of the schools are depending on the students’ school fees, whom governments have compulsory to stay at home, not because of anything but their safety. If you can live to see the end of this pandemic, you would attend schools of your choice, a southwest governor had said while addressing his state students on the television.

Aside from the distributed palliatives which I believe didn’t get to some of these teachers, they weren’t given salaries during the lockdown and till this very moment. Majority of them had spent the little they had in their bank accounts and are now begging families and friends for crumbs. We mustn’t forget that some of these teachers are mothers and fathers who do not have other means of livelihood. They depended on their salaries before the schools where they teach were close down.

Pitiably, some of these private schools teachers were collecting as low as N15,000 as monthly salary before the lockdown. The Private school where I teach as a corper in Oyo State, teachers who were fathers and mothers were given N10,000 monthly. Had it been the schoolmaster does pay on time, it would have been better, he pays at the middle of the month, 15th or 16th. Then, whenever the teachers went to him to ask for their salaries, sometimes, he would ask them to wait till the following month. Just imagine the conditions these teachers would be in these trying times.

On the 23rd of June, 2020, a news medium published the story of no few than five private primary and secondary schools that were caught holding physical lessons with the students on mufti within the premises of the schools. What do you think would trigger the lessons? Apparently, these teachers do not have other means of livelihood. Why didn’t the government primary and secondary schools teachers open the schools where they teach? They can’t because their salaries are not halted.

However, this is a call to our governments; federal and state governments, that these citizens and private schools teachers are in an unusual condition and as a matter of fact need their succour to subdue their present financial state. How? Our private schools have records with each state government and federal government, which means the statistics of the teachers can be easily accessed. Thereafter, our government can engage them and introduce a non-interest loan to them. A non-interest loan that they won’t be difficult for them to pay when our schools are opened. I think with this, they would be eased.