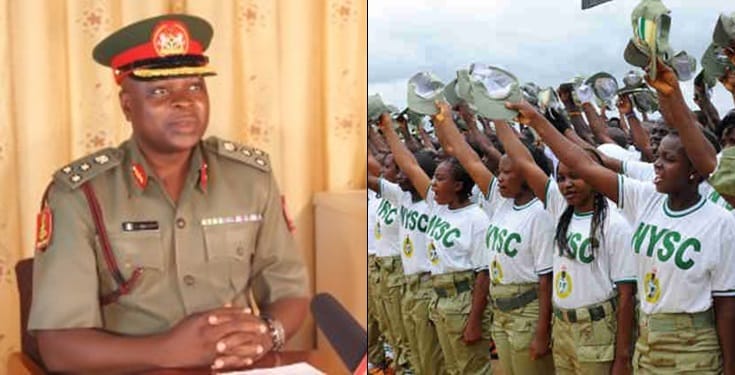 The Management of the National Youth Service Corps (NYSC) has denied reports in some quarters that it would not be paying corps members June allowance.

Naija News reports that  the NYSC denied the reports of the non-payment of June allowance in a statement  to all corps members titled: “RE: NYSC POSTPONES MONTHLY PAYMENT FOR THE MONTH OF JUNE.”

In the statement, the NYSC maintained that June allowance would be paid to corps members and in addition, “those passing out from Service in July shall receive July stipend, as well as transport allowance.”

The statement reads in part: “Management of the National Youth Service Corps wishes to draw the attention of all Corps Members to a fake release, purported to have been issued by the NYSC, with the above caption, conveying that their stipends for the months of June and July would be paid together.

“Management hereby states that the release did not emanate from the NYSC. It is the handiwork of mischief makers, bent on deceiving Corps Members and should be disregarded in its entirety.

“For the avoidance of doubt, all qualified Corps Members shall be paid allowance for the month of June, while in addition, those passing out from Service in July shall receive July stipend, as well as transport allowance.

“Management is once again appealing to purveyors of fake news to refrain from the ungodly act which is criminal, with devastating consequences when prosecuted and convicted,” the statement on NYSC June allowance added.