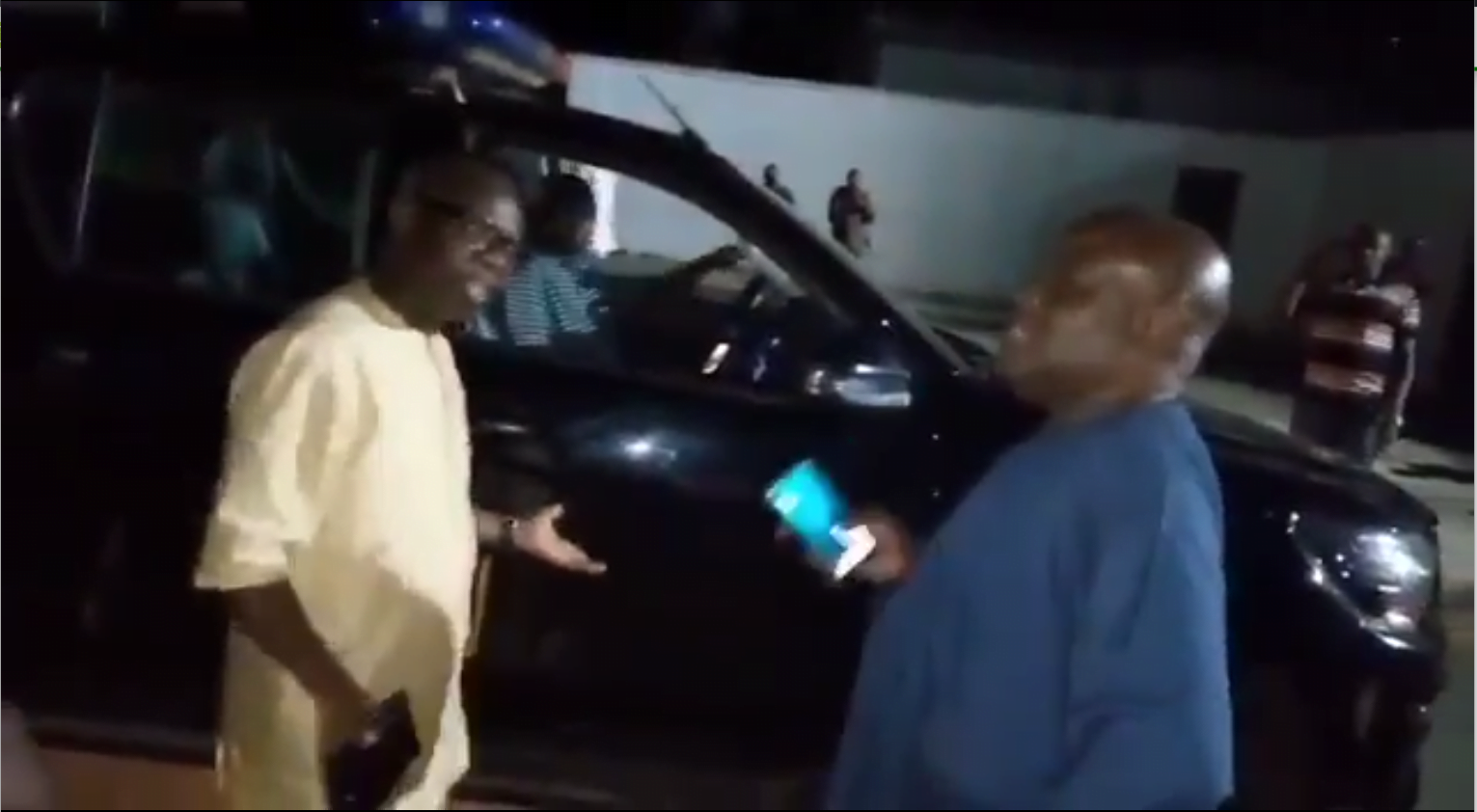 In the video obtained by Naija News, the commissioner was heard saying “ your are already defecting, even your letter was brought to me this evening , you are defecting on Monday”. The deputy governor interjected and asked how his (Salami) decision to defect was a concern of the Police commissioner. He said: “Are you not a police officer, a senior officer, if I decide to leave a party for another, what’s your concern, are you the APC chairman, are you the PDP  chairman.”

Naija News understands that the deputy governor had been nursing the idea of dumping his principal  Arakunrin Rotimi Akeredolu in the order to contest against him in the forthcoming gubernatorial race in the state for over a year and this has caused great rift between him and Akeredolu.

In August 2019  he released a statement through his spokesman, Babatope Okeowo denying plans to dump the ruling All Progressives Congress (APC) for the Peoples Democratic Party (PDP).

“This is a blatant falsehood as Agboola Ajayi remains a bonafide member of the APC and has no plan to dump the party for any rival political party.” the statement said.

In a bid to ensure that his political ambition was kept in secrecy, Ajayi again dismissed reports of a rift between him and his boss while speaking at his (Ajayi’s) 51st birthday celebration at the Ondo State Government House, Akure.

According to the Deputy Governor, he has the best working relationship with his boss.

Despite all the denials, it is now clear that Ajayi has perfected plans to dump the ruling All Progressives Congress for the Peoples Democratic Party less than five months to the October 10, 2020 governorship election in the state.

Findings revealed that the deputy governor’s defection plan has created disaffection among top members of the APC and loyalists of Akeredolu, who had been pleading with Ajayi not to leave the party.