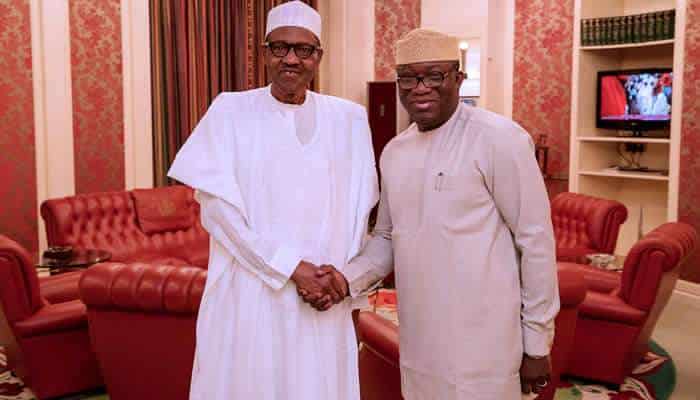 Ekiti State Governor, Kayode Fayemi, in his Democracy Day message noted that President Muhummadu Buhari will be remembered for recognising June 12 as the nation’s Democracy Day.

Fayemi stated this in his 2020 Democracy Day Speech in Ado-Ekiti, the state capital on Friday.

The Governor further stated that the June 12, 1993 crisis was the second most significant war that struck the country after the civil war that occurred between 1967 and 1970.

He commended the coalition of civil society groups, students, labour movement, politicians, rights’ activists, journalists, academics and others for the sacrifices made in the struggle that led to the return of Nigeria’s democracy in 1999.

Fayemi said, “One of the things that President Muhammadu Buhari would be fondly remembered for, after his tour of duty, would be the recognition of the significance of June 12 and its rightful placement in our national diary.”

“He did not stop there, he also awarded, posthumously, the highest honour in the land, generally conferred on presidents, the award of the Grand Commander of the Federal Republic, on him.”

“This symbolic gesture has provided psycho-social healing for the people who sacrificed, including their lives, for the enthronement of democracy.”

“Arguably, June 12 was the second most significant national crisis after the civil war of 1967-1970, because of the reverberating effect that it had on the polity of the nation. The whole nation was crippled to a standstill after the annulment of the election as a result of the strike action by organised labour and the sustained daily protest by the mass of the public.”

“June 12 was not just an event of what happened on Election Day, it is a concept that aggregates the collective resolve of the nation to see the end of military rule in Nigeria.”