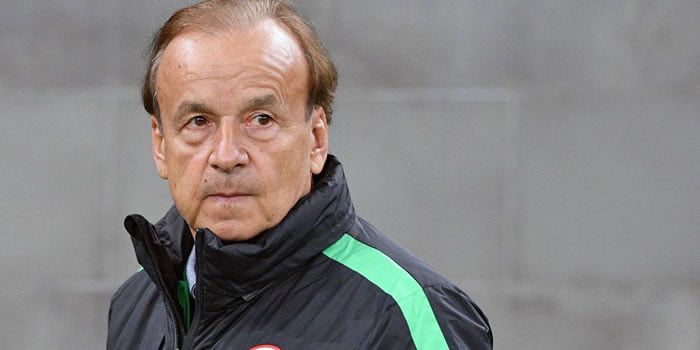 According to the report gathered,Gernot Rohr accepts to be paid in Naira and reside in Nigeria but reveals he has received coaching offers from two countries.

Naija News Understands that In the contract,  three clauses were inserted which include Rohr residing in Nigeria, watching the Nigerian Professional Football League (NPFL) with a view to grooming home-based players to become international stars and being paid his salary in Nigerian Naira.

Franco-German coach, Rohr, has now disclosed he has accepted the clauses in the contract and that he will be willing to live in Nigeria and be paid in Naira.

Rohr also revealed he also agreed to lower his salary in order to achieve his mission in the West African country and that he waived three months of his salary to help the Federation, as the world battles with the economic downturn caused by Coronavirus.