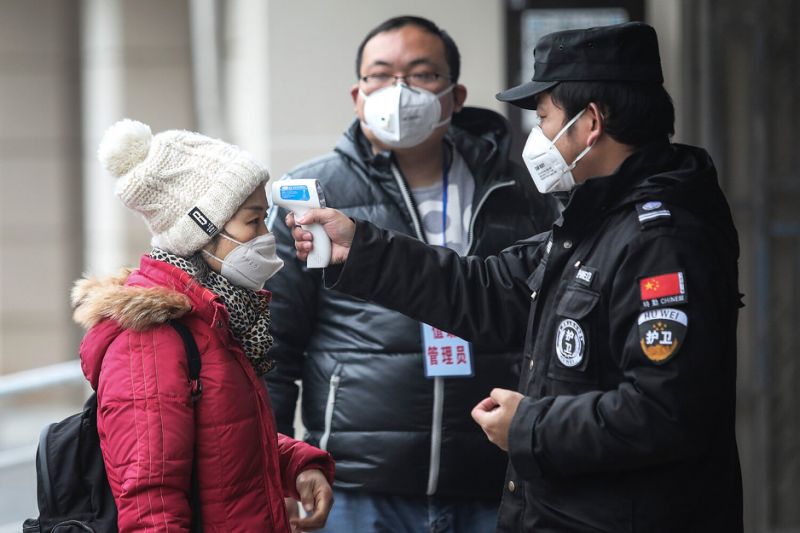 Nimkong Larndam, Plateau state commissioner of health, says there is no confirmed case of coronavirus in the state.

Plateau state commissioner of health, Nimkong Larndam, has stated that there is no confirmed coronavirus case.

In Wase Local government, three Chinese nationals were quarantined  over suspicion that they were infected already.

However, while speaking during a press conference yesterday, the commissioner said the 43 persons in isolation all tested negative.

He said they will be isolated for a period of 14 days in order to further confirm their status.

“We have four Chinese miners who just returned from holidays in China, since they came from another country that is heavily infected with the virus, they could be suspected to have the virus. But the Chinese were screened in Addis Ababa, Eithiopa, they were also screened in Abuja airport, and in those screenings, they proved negative,” he said.

“Even though the suspects were not positive, such people are supposed to be isolated for 14 days. So we have isolated them between now and 11th of March.

“It is not only the four Chinese be that we had to isolate, all the people that had contacts with the Chinese on their return to Wase have to be fished and isolated too.”

Larndam said the suspects will return to their normal lives once confirmed that they have no symptom of the virus.

The commissioner urged residents of the state to carry out their normal activities, adding that all measures have been put in place to cater for emergencies.

“So, the fact that we have to isolated these suspects is not a confirmation that the virus has been detected in the state, we are only being very cautious,” he said.

“As we monitor those 43 we have isolated, at the end of the 14 days, if they do not show any symptom of coronavirus, we will allow them to enjoy their normal life.

“But so far, there is no reason to panic, the situation in Plateau is under control.”

The first coronavirus patient in Nigeria, an Italian, is under quarantine and receiving treatment at the Infectious Disease Hospital in Yaba, Lagos state.