There is palpable tension, particularly among political supporters of the PDP and APC as the Supreme Court resumes hearing in the call for a review of its verdict on the 2019 Bayelsa governorship election.

As at the time of filing this report, lawyers representing both parties have started arriving the court premises. 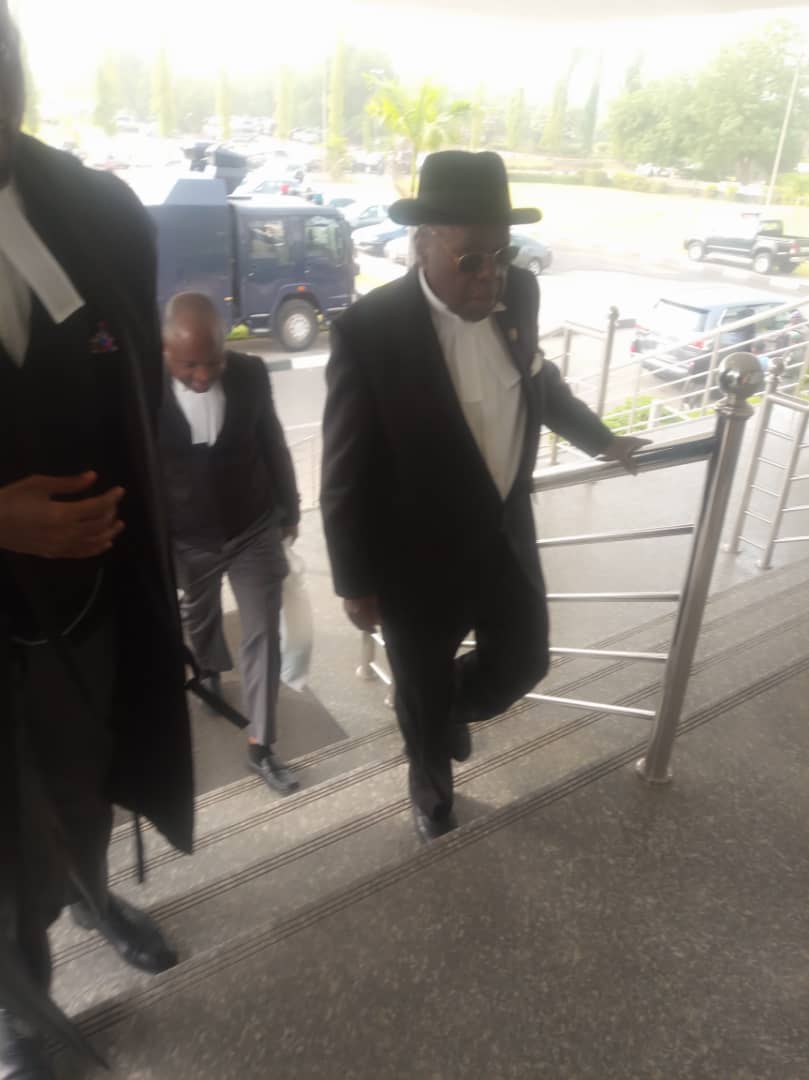 Security operatives have beefed up security around the court premises and the adjourning areas as the Supreme Court get set to review the Bayelsa governorship tussle between PDP and APC.

The All Progressives Congress (APC) had approached the apex court for a review of its February 13, 2020 judgment which overturned its victory in the last governorship election in Bayelsa State.

Naija News recalls barely 24 hours to the swearing-in ceremony of David Lyon of the All Progressives Congress (APC) as Bayelsa State governor, the Supreme Court sacked him and his deputy.

The Apex court also declared the candidate of the Peoples Democratic Party (PDP), Douye Diri as the authentic winner of the election.

The apex court, in a unanimous decision by a five-man panel of Justices led by Justice Mary Odili, held that deputy governorship candidate of the APC, Biobarakuma Degi-Eremieoyo presented a forged certificate to the Independent National Electoral Commission (INEC).