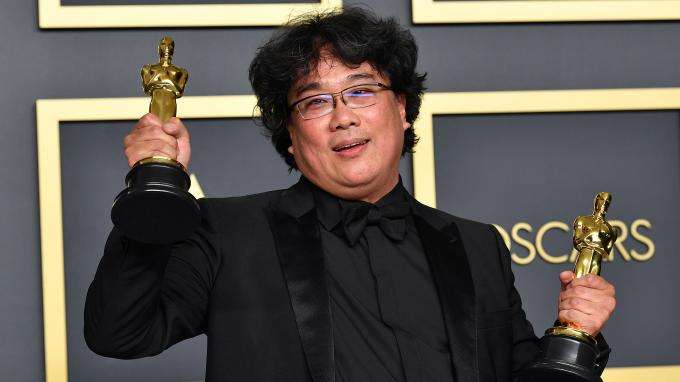 The 92nd Academy Awards, on the night of Sunday, February 9 to Monday, February 10 in Los Angeles, was marked by a great first in the history of Hollywood. Here are the highlights of this evening.

The unprecedented triumph of “Parasite”

The film, both a thriller and a corrosive satire on social inequalities which conquered an international audience, had already been awarded the Palme d’Or at the last Cannes Festival and the Golden Globe for the best foreign-language film in January. These two prestigious awards already constituted a first for a South Korean film. But Parasite is also the first foreign-language film to have received the prize for the best set of actors, the most popular award from the Screen Actors Guild as well as two Bafta, the awards for British cinema, equivalent to the French Césars.

Renée Zellweger won the Oscar for Best Actress for her incarnation of Hollywood legend Judy Garland, in the film Judy. This is the second statuette for the star, who was crowned best-supporting actress for  Cold Mountain in 2004.

Joaquin Phoenix won the Oscar for best actor for his performance as a tortured anti-hero in Joker by Todd Phillips, one of the troubling roles in which he excelled and which established his reputation. The actor, who had already won the Golden Globes, made amends.

“In my life, I have been a scoundrel,” said the 45-year-old actor. “I was selfish, I was cruel at times, hard at work (…) but so many of you gave me a second chance.” “And I think this is where we are at our best,” he said. “Not when we disown each other for past mistakes.” The actor ended by quoting his brother River Phoenix, a talented actor who tragically died of an overdose at 23 years old, in 1993: “Run to the rescue with love, and peace will follow.”

Brad Pitt won the Oscar for the best supporting role for his interpretation of the stuntman Cliff Booth in Once Upon a Time … in Hollywood by Quentin Tarantino. It was the first Oscar in a performance category for the 56-year-old actor, who had already missed the boat three times. Already crowned at the Golden Globes, Brad Pitt was an arch-favourite.

Visibly moved, he has, for once, abandoned his legendary detachment and talked about his already long career. “I am a bit shocked,” he said. “I’m not the type to look back, but [this Oscar] pushes me.” The star remembered his arrival in Hollywood, on a whim, and actress Geena Davis and director Ridley Scott who “gave him [his] first chance” , in Thelma and Louise in 1991, he almost thirty years ago. “Once upon a time in Hollywood, everything is said,” he concluded.

Laura Dern won the Oscar for best-supporting actress for her interpretation of a vengeful and manipulative lawyer in Noah Baumbach’s Marriage Story . “This is the best birthday present,” said the actress, who turns 53. The actress has already won five Golden Globes during her career, but she has never before been an Oscar winner. She obtained her first Oscar nomination in 1991 for her role as Rambling Rose , then her second in 2015 with Wild . Laura Dern comes from a line of actors and began her career in Hollywood as a teenager, taking on dozens of roles since the 1980s.

From the start of the evening, the comic duo Chris Rock and Steve Martin pointed out the absence of African-American personalities among the nominees, with the exception of actress Cynthia Erivo for her role in Harriet. In 1929, there were no African American appointees. In 2020, there is one. “What an incredible progression,” quipped Steve Martin. Chris Rock talked about the return of the hashtag #OscarSoWhite.

As an echo of this outing, Hair Love, which tells the story of an African-American father who learns to style his daughter’s hair, won the Oscar for short film. “We did it because we wanted to see more diversity,” said director Matthew A. Cherry when receiving his award.

New Zealand director Taika Waititi, Oscar for best screenplay adapted for Jojo Rabbit, “dedicated this award to all the indigenous children of the world who want to do art and dance and write stories”. “We are the original storytellers. And we can do it here too,” he said. The filmmaker dropped another political message about his film about a Jewish child with Adolf Hitler as an imaginary friend during the Second World War. “It’s shocking and a little sad to think that a film like this would be even more relevant than ever.”

The absence of women among the oscarisables, for the best achievement, in particular, has also been widely commented on the stage of the Dolby Theater. On the red carpet, Natalie Portman wore gold embroidery on the back of her cape with the names of the directors snubbed by the Oscars. “All women are superheroines,” said Sigourney “Ripley” Weaver on stage alongside Brie “Captain Marvel” Larson and Gal “Wonder Woman” Gadot, cheering. As for the Icelandic musician Hildur Guðnadóttir, Oscar for best music for Joker, she launched this applauded appeal to young girls and women: “Make your voice heard. We need to hear it.”

A plea against injustice

Obviously moved, receiving his precious statuette, Joaquin Phoenix took the opportunity to launch a plea against injustice. “I think a lot about some of the alarming questions that we face collectively. I think sometimes we feel, or we are made to feel, that we are defending different causes, but I see a community of points of view. we’re talking about gender inequality or racism or the rights of LGBT people, indigenous people or animals, we’re talking about fighting injustice, “ he said.

“I think we have become very disconnected from nature, and many of us are guilty of an egocentric view of the world,” insisted the longtime vegan, referring to the cream of Hollywood the fate of a cow “artificially inseminated” from which its little one is torn “although its cries of anguish are obvious“.