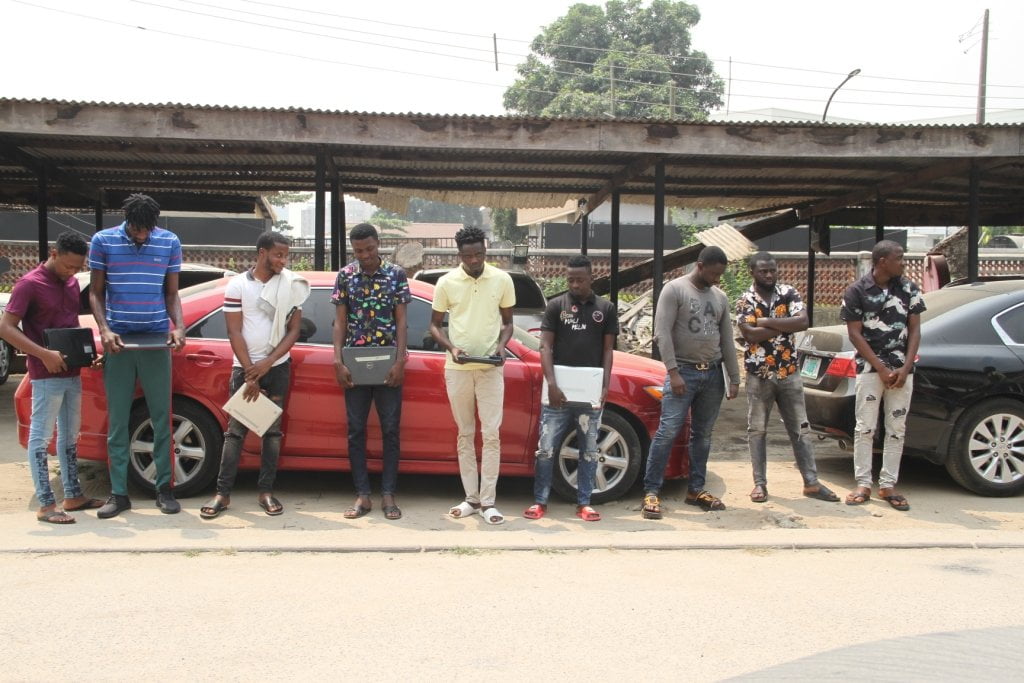 The suspects were arrested on February 5, 2020 in Magodo Phase 1 Estate, Lagos, following intelligence reports received about their criminal activities.

Items recovered from the suspects at the point of arrest include exotic cars, laptop computers, telephones, and several incriminating documents.

The suspects will soon be charged to court.

Meanwhile, the EFCC has denied claims that it has an underground cell where suspects are detained.

Naija News recalls that Senator Shehu Sani had accused the EFCC of putting him in an underground cell for 30 days during his detention.

Shehu Sani said he was subjected to traumatizing interrogation in the custody of the EFCC.

Taking reporters round the EFCC facility, Head of the zonal office, Aminu Aliyu, said that such a cell does not exist in the agency.