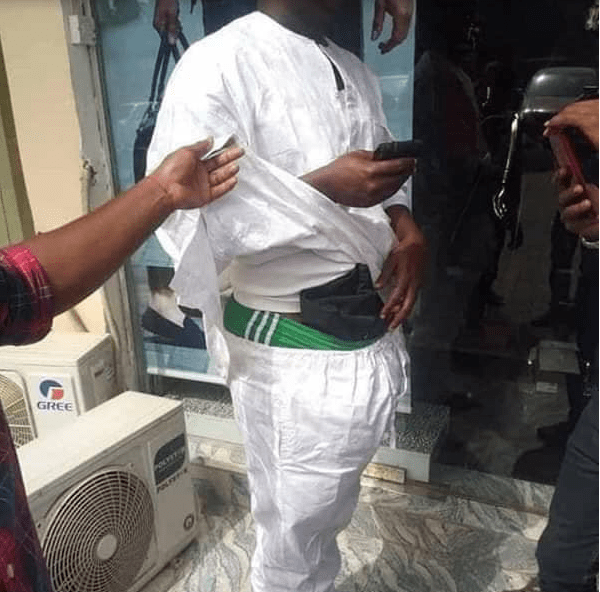 Stealing has taken a different dimension as an unsuspected man, well dressed in native attire popular known as ‘Babanriga’ lands himself in trouble after stealing from a mall.

A Facebook user had posted a photo of a man wearing ‘babanriga’ who was fully dressed in native, caught and made a public show in Abuja for carting away clothes under his dress unsuspected.

Naija News understands that the incident happened in the Gwarimpa area of Abuja, as claimed by the Facebook user who posted the story.

It was reported that the man walked into a boutique and stuffed his underwear with clothes. He, however, ran out of luck after the CCTV operator discovered what he was doing and called security on him.

The Facebook user added that the culprit has been handed over to the police. 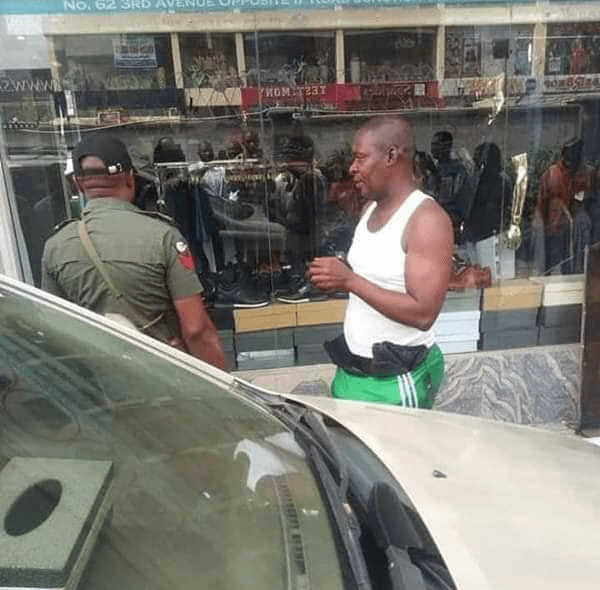 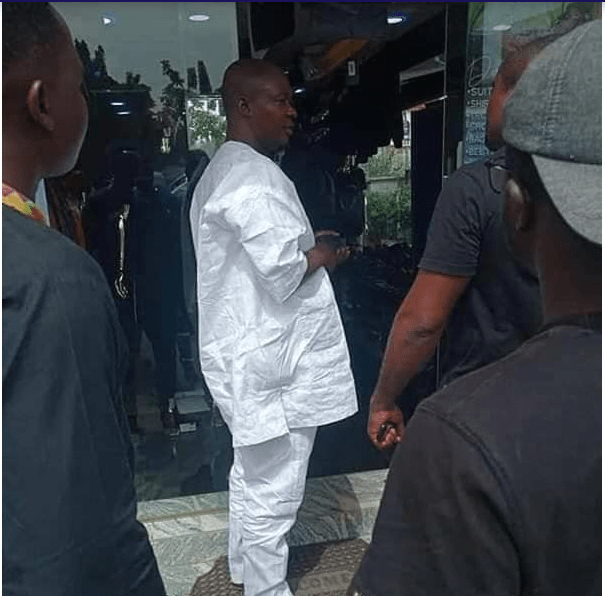