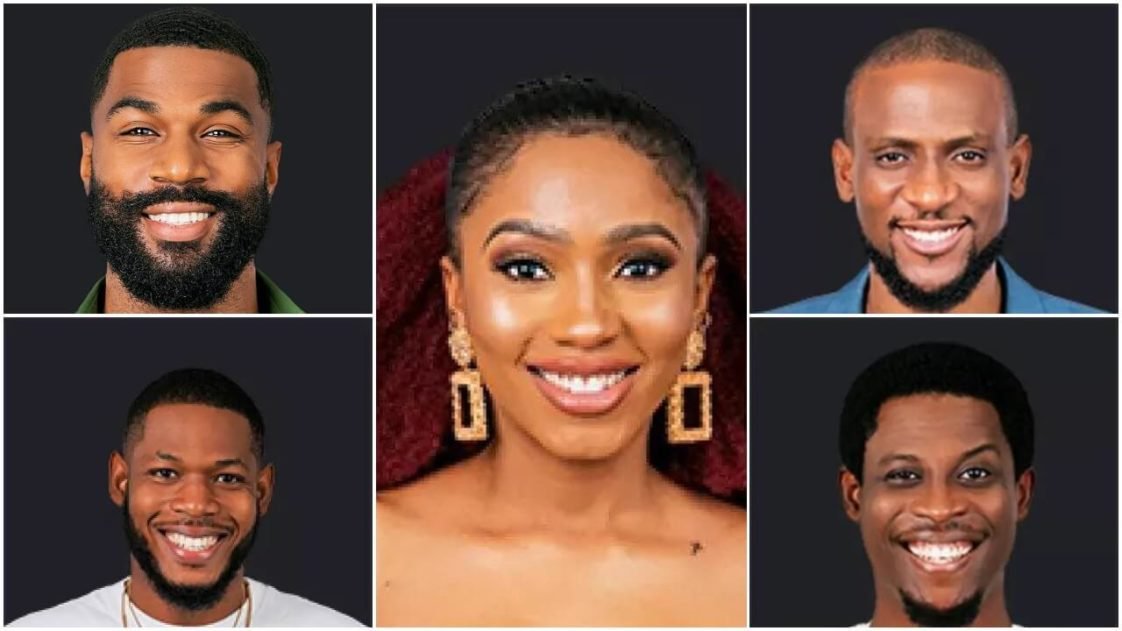 Today, Sunday, October 6 is the grand finale of the Big Brother Naija Pepper Dem! 99 Days have gone by and there was not a single day without some drama from fights to tears, tantrums, good times, shocking eviction some dose of romance as well as disqualification.

Naija News reports that Seyi, Mike, Mery, Frodd and Omatshola are the only housemates left.

With five out of 26 housemates making it to Sunday’s final, only one will clinch the grand prize of N60m.

Congratulations to the first female winner of #BBNaija!

Mercy is the winner of the Pepper Dem season!#BBNaijaFinale

The last two standing! Give it up for the queen and king, Mercy and Mike ??

08:33 pm: Frodd has been evicted from the Big Brother Naija house.

08:14 pm: MI Abaga is currently calming nerves with top songs, as fans wait for the announcment of the winner.

Omashola has been Evicted from the #BBNaija House, he was so close to winning the 60 Million in prizes! https://t.co/QiY7Jsx8Xp#BBNaijaFinale pic.twitter.com/lAV3MLEWXQ

So close yet so far, Seyi has been Evicted from the #BBNaija House! You ran an excellent race sucre papito! https://t.co/AKpDSZCnFc#BBNaijaFinale pic.twitter.com/rxNLZE0Q8U

Whoop! Let's groove with @TiwaSavage as she performs her new hit singles on the #BBNaija stage. https://t.co/XXWte32sQm

Oh wow! So Diane was the secret 21st Housemate that was Voted into the Pepper Dem House by you the viewers! RT if you Voted to get 'Precious' into the #BBNaija House?#BBNaijaFinale https://t.co/tGC9mb01bF pic.twitter.com/FO7iRVQMtG

Are you ready to whine suh different with @patorankingfire? Wait, let's watch him teach us tonight as he performs at the #BBNaija Live Show. #BBNaijaFinale https://t.co/XXWte32sQm pic.twitter.com/jDxPuu0fvv

READ ALSO  I Made 500 Million In My 30Billion Concert - Davido

The Queen is in the #BBNaija Pepper Dem House. Hey, @TiwaSavage. ??

Sucre Papito gets a hug from @TiwaSavage before she makes her exit.