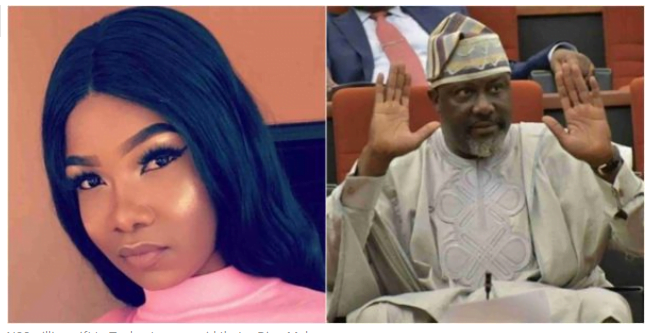 Dino Melaye, Senator representing the Kogi West senatorial district has debunked claims that he promised to give the disqualified housemate, Tacha a huge sum of N30million as support and compensation for leaving the house empty-handed.

Naija News understands that the Nigerian senator made the clarification while reacting to a screenshot of one of his posts allegedly promising to grant Tacha N30 million.

The screenshot had it that the Senator would grant the housemate the funds because his wife had cried over Tacha’s disqualification.

The tweet read; “My wife cried last night when Tacha was disqualified. To make her better, I will be donating N30million to support @Symply Tacha.
Everyone deserves love in their weakest moments. Keep the energy going. #Everything Tacha”.

“This is a fake account. Not from me,” attached with the screenshot, his tweet debunking the former read.

This is a fake account. Not from me pic.twitter.com/1JzeEMb8Gv