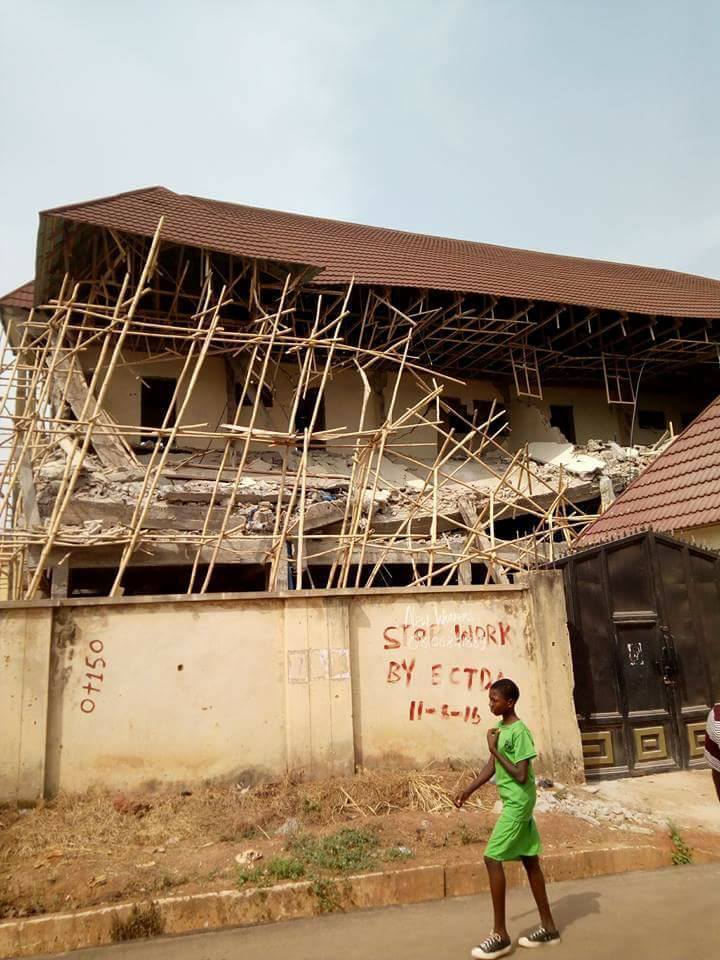 The Enugu State Police Command has confirmed that no life was lost in the three-storey building that collapsed under construction in Enugu metropolis.

Naija News reports that the spokesman of the Enugu state police command, SP Ebere Amaraizu, made this known in a statement on Friday, September 13.

Amaraizu in his statement confirmed the incident to have happened on Wednesday, September 11 around the Monarch Avenue axis in the Enugu metropolis.

“From preliminary investigations, it is clear that no life was lost in the incident and no other property was lost rather than the collapsed building under construction.

“The members of the public should discountenance any other information to the contrary on the incident being circulated in the social media,’’ he said.

The Police PRO in the state said the cause of the incident is yet to be ascertained.

“Investigation on the incident is still on as the Command plans to get to the bottom of the matter,’’ he said.