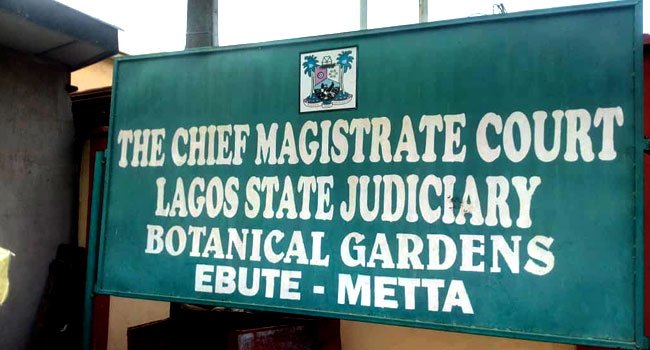 Lilian Obaji, a 35-year-old woman was arrested and charged to court for allegedly receiving N3.4m from Hope Umeibe under pretence.

Kehinde Olatunde, Prosecuting Inspector at Ebute Meta Chief Magistrates’ Court stated that the accused committed the crime between January and June 2018, emphasizing that she received the money from the complainant on the bases of investing it for her.

Lilian Obaji, however, pleaded not guilty to the charges.

B. A. Ajiferuke, Magistrate granted the accused N500,000 bail with two guarantors each in the like sum before adjourning the case till October 7, 2019.