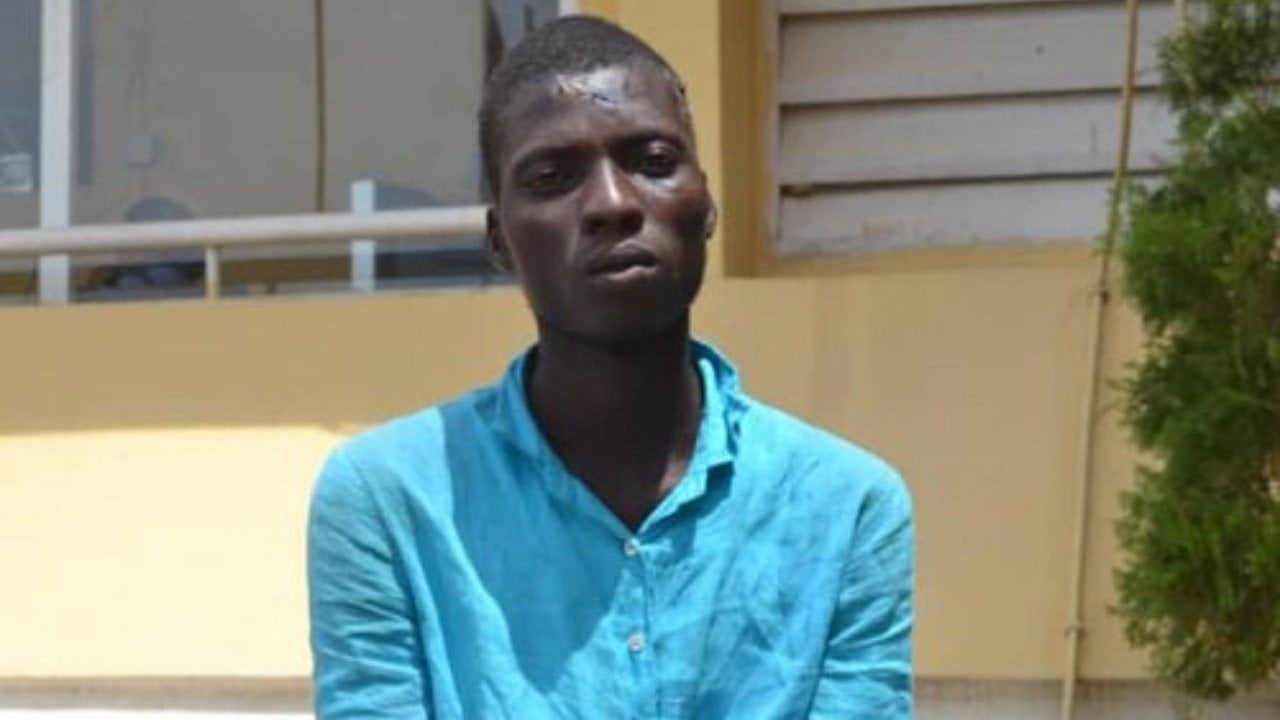 A man identified as Mustapha Aliyu, has been arrested by the FCT Police Command for allegedly beheading four children.

The 22-year-old while speaking with the police revealed how much he was paid for the heads.

The Commissioner of Police in charge of FCT, CP Bala Ciroma said, “On 19th May, 2019 at about 1430hrs following a distress call police operatives arrested one Mustapha Aliyu ‘M’ 22 Years in possession of a freshly severed head.”

“The 3-year-old boy was later identified as Usman Awalu of Rugan Fulani close to Leleyi village in Kwali Area Council.”

“The suspect confessed that prior to his arrest, he has beheaded four children and gave their heads to his master who is now at large.”

The Commissioner of Police stated that efforts are being intensified to arrest his master who is currently at large.

Aliyu while speaking during the parade said, “I approached Mallam Yahaya because I was stranded and I needed N7000 for my education.”

“After complaining to him, he offered me a plate of rice and can malt. After consuming the meal, I could no longer speak. I could not even respond to what the Mallam said.”

“I walked back to my area with a substance he gave to me. He told me that if I touch any child with it, he will not make a sound.”

“While I was walking, I saw a boy and I did as the Mallam instructed. I touched the boy and he didn’t make a sound. I later beheaded him and got N170,000 as payment for the job.”

“I have so far beheaded four children, I was on a mission to behead the fifth child when police arrested me.”