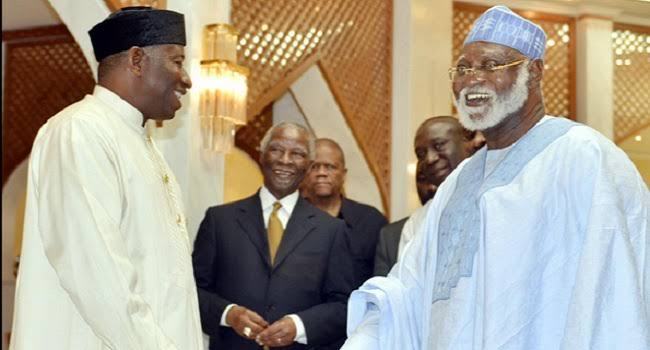 Naija News reports that the former President made the statement in a goodwill message he personally signed on the occasion of the former Head of State’s 77th birthday.

The former President also highlighted Adulsalami’s role in mid-wifing the Fourth Republic, describing it as a testament to his patriotism and selflessness.

The message reads: “As a statesman, you have dedicated your life to promoting peace and national cohesion not just in Nigeria but across Africa.

“Your role in the military-to-civilian transition, as a head of state between 1998 and 1999, which birthed the Fourth Democratic Republic in Nigeria, is a testament to your patriotism to our country.

“Through your selfless service, you have deepened the conversation for national rebirth by leading the crusade for a peaceful nation.

“I pray that Allah grants you your heart desires and may you enjoy more glorious years of peace, health, and joy as you celebrate,” Jonathan added.