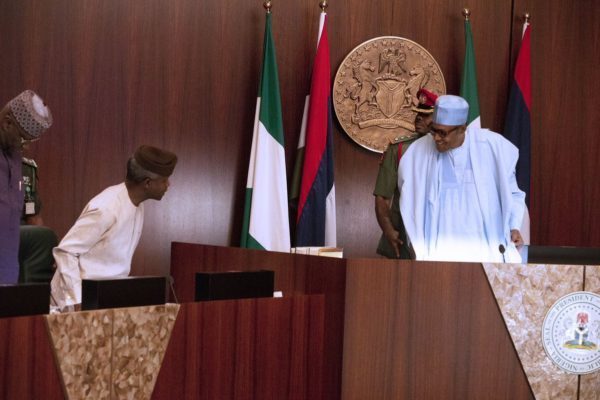 A political party, Hope Democratic Party (HDP), has set a motion to seek an order of the presidential election tribunal restraining President Muhammadu Buhari from presenting himself to be sworn-in on May 29th, 2019.

Naija News understands that the party is also seeking an order restraining the Chief Justice of Nigeria from swearing-in, administering the oath of office and oath of allegiance to the President on May 29th, 2019.

Hope Democratic Party filed the motion on 6 grounds pursuant to section one subsection 2 of the 1999 constitution as amended and under the jurisdiction of the tribunal.

Some of the grounds of the application is that there is a pending petition challenging the election and return of President Buhari as the winner of the February 23rd presidential election.

The Hope Democratic Party made these known in the motion on notice made available to journalists on Tuesday.

The party claimed that in spite of the pendency of the legal action against President Buhari, he has been making frantic efforts and preparation for his inauguration on May 29, 2019, by the CJN.

The application was filed on May 9th, 2019 and it is been heard today.