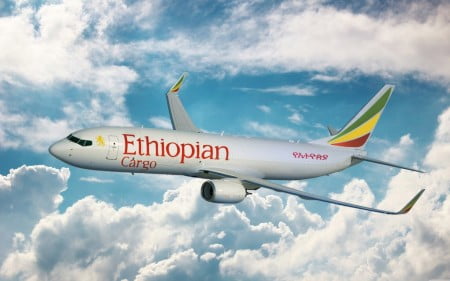 Reports reaching Naija News suggests that an Ethiopian Airlines Boeing 737 on Sunday crashed with 149 passengers and eight crew members on board.

Naija News reports that the plane crashed on a routine flight to Nairobi, Kenya.

As at the time of filing this report, it was unclear if any of those on board survived the crash although, a message of condolence by the office of Prime Minister, Abiy Ahmed suggested that there were some deaths.

The total number of deaths were yet to be ascertained as at the time of this report.

"The Office of the PM, on behalf of the Government and people of Ethiopia, would like to express its deepest condolences to the families of those that have lost their loved ones on Ethiopian Airlines Boeing 737 on regular scheduled flight to Nairobi, Kenya this morning", the message on government's Twitter handle read.

While confirming the crash, an Ethiopian Airlines spokesman said the crash occurred at 8:44 a.m. local time.