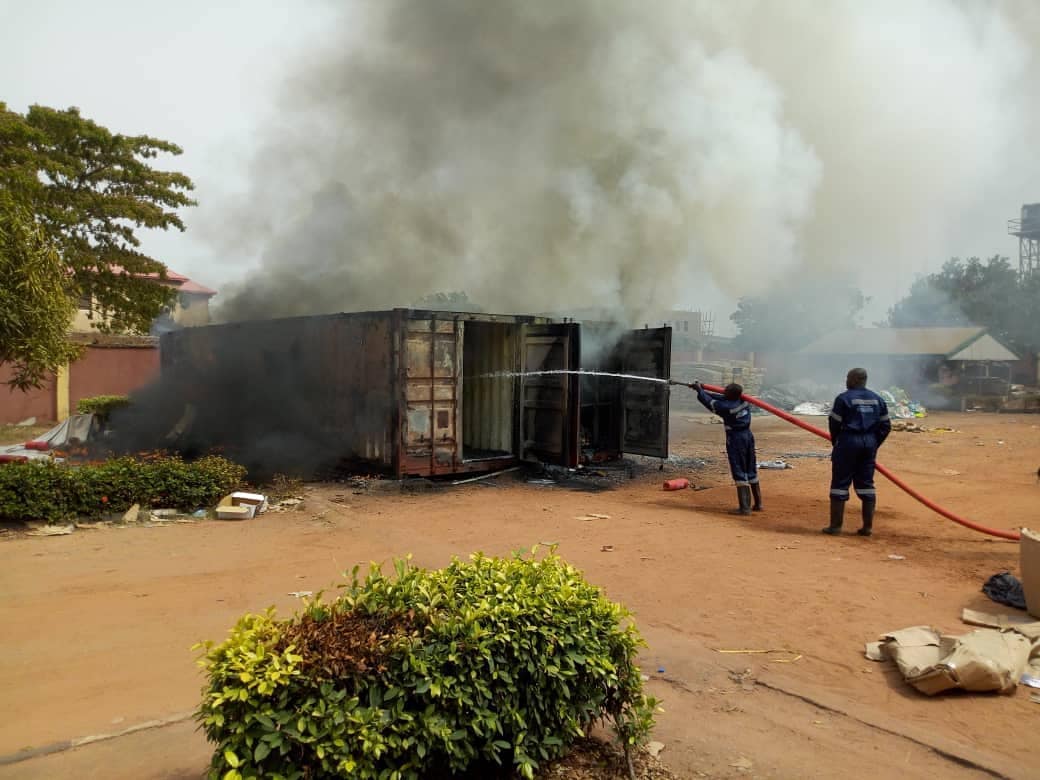 Some hoodlums on Friday burnt down an office of the Independent National Electoral Commission (INEC) in the Ibesikpo Asuntan local government area of Akwa Ibom state.

Naija News reports that some electoral materials were destroyed during the attack on the office of the electoral umpire in the incident which happened on the eve of the governorship and state assembly elections.

A source who witnessed the incident revealed that the Police operatives that arrived the scene almost immediately were able to secure some materials.

The attack on the office of the INEC in the state comes in few hours to the governorship and state assembly elections in the state.

Recall that Akwa Ibom was one of the states that have recorded a high rate of violence in the presidential and national assembly elections.