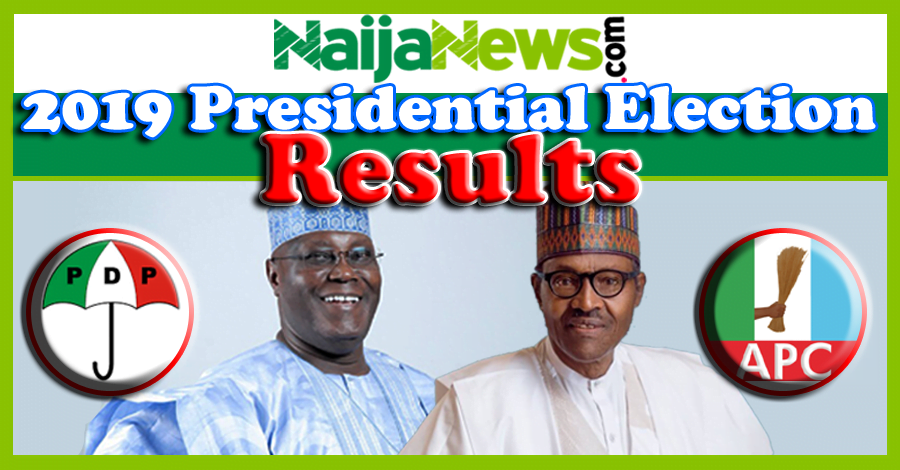 The Independent National Electoral Commission (INEC), has commenced the announcement of the final Presidential election results recorded in various states in the country, with most Nigerians anxiously waiting to know who is winning.

Naija News reports that INEC commenced the Presidential and National Assembly elections at exactly 8 am on Saturday, February 23, amidst tight security.

Nigerians voted from a list of seventy-two (72) Presidential candidates and 6,584 National Assembly candidates.

Ninety-one (91) political parties are participating in the 2019 general elections, however, some would not be fielding candidate for the position of the president, while others endorsed candidates of the PDP and APC.

In the build-up to the elections, Incumbent President Muhammadu Buhari of the All Progressives Congress (APC), Nigeria’s ruling party and Atiku Abubakar of the Peoples Democratic Party (PDP), Nigeria’s main opposition party, have popped up clearly as top contenders for the office of the president.

This online news platform understands that Atiku is winning in some part of the country. Buhari is winning also in some places where elections took place.

Naija News brings live updates of the official Presidential election results recorded in each state as announced by INEC, the only body recognised by law to declare election result.

Below are the final results as declared by INEC

36 States and the FCT declared by INEC.

Based on INEC’s figures, President Muhammadu Buhari and his party, the All Progressives Congress (APC), have defeated Atiku Abubakar and his party, the opposition Peoples Democratic Party (PDP), with a margin of 3,928,869 in Nigeria’s presidential election.