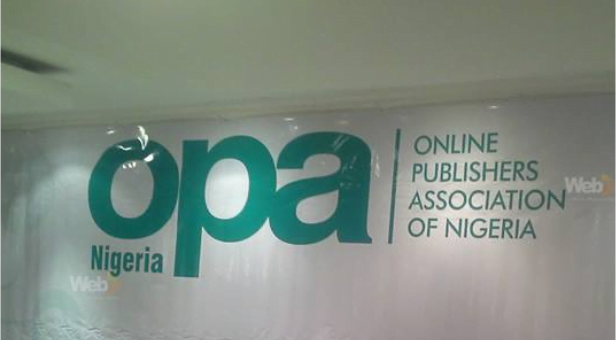 The Online Publishers Association of Nigeria (OPAN), has called on Prof. Mahmood Yakubu, the Chairman of the Independent National Electoral Commission (INEC), to resign from his position immediately over the “shocking and disappointing postponement” of Saturday’s Presidential and National Assembly election.

Naija News had reported earlier that the Commission postponed the Presidential and the National Assembly elections by one week on Saturday, February 16.

Giving a reason for the decision, Prof. Yakubu said the decision was taken after a careful review of the plan for the exercise.

Apparently displeased with the development, OPAN in a stataement jointly signed by Austyn Ogannah and Daniel Elombah, its President and General Secretary, accused the INEC boss of “sinister motive and asked all stakeholders to join in the call for his resignation or removal from office for gross incompetence”.

The statement which was sent to Naija News reads: said: “This postponement is an embarrassment to Nigeria and all those who believe in this country. The pain and shame is just unbearable. Several people travelled to various destinations this weekend to perform their civic duties – many events were adjusted to ensure they did not clash with today’s election only to wake up and be greeted with this heartbreaking announcement. The financial damage is unimaginable. Enough is enough. Nigeria cannot continue to reward incompetence.

“President Buhari cannot give an election speech last night and you postpone a nationwide election on Election Day.

“The INEC had three and half years to prepare for this election and it has failed under Mr. Yakubu. With this development, OPAN and Nigerians have clearly lost confidence in the ability of this chairman to conduct free and fair elections.

“This election postponement raises pertinent questions: why was the election cancelled after sensitive election materials have been deployed? What happens to the materials, will the materials be recalled? How secure are those materials? How come INEC was not aware of the “logistics problems” until a few hours to commencement of voting?

“Is INEC’s postponement of the election within the said time frame constitutional in view of section 26(1) of the Electoral Act as amended? (The section provides for security concerns and natural disasters, where cogent and verifiable as only reasons for postponing election.)

“We hereby call on the INEC Chairman to resign or be removed from office if he fails to do so,” the statement added.