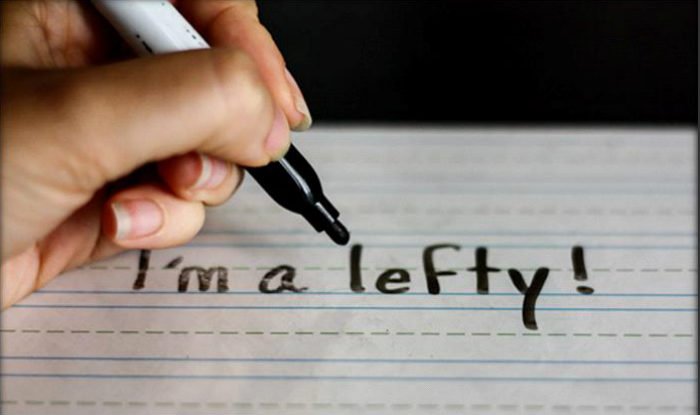 Things You Should Know About Left-Handed People

Left-handedness is a condition in which a person is more comfortable using the left hand for actions that are normally done by the right hand.

The international left hander’s day is celebrated on August 13th.

Contrary to belief in certain quarters, being left-handed is not a negative medical condition.

Below are some interesting facts about left-handed people compiled by Naija News.

1. Approximately 12% of the world population is left-handed, with the Netherlands having the highest population of this category.

2. Most of those who are left-handed are reported to suffer from a sleeping disorder called insomnia.

3. Left-handed people tend to use the right side of their brain more.

4. Lefties are highly smart and some of the most popular inventors were left-handed like Isaac Newton and Benjamin Franklin.

5. There are more left-handed men than women in the world.

6. Multitasking comes naturally to people who are left handed.

9. Left-handed people need to cut their nails frequently, as their nails on the left hand grow faster.

10. People who are left-handed, get embarrassed and angry faster than others at the slightest trigger.

11. People with left handedness, have lesser risks related to ailments like ulcers and arthritis.

12. According to research, Autistic people are more likely to be left-handed.

13. Left-handedness can be hereditary.

14. Premature babies are more likely to be left-handed.

15. Left-handed people have a greater sense of hearing.

So if you are left-handed, enjoy your uniqueness, it’s nothing to be ashamed of.