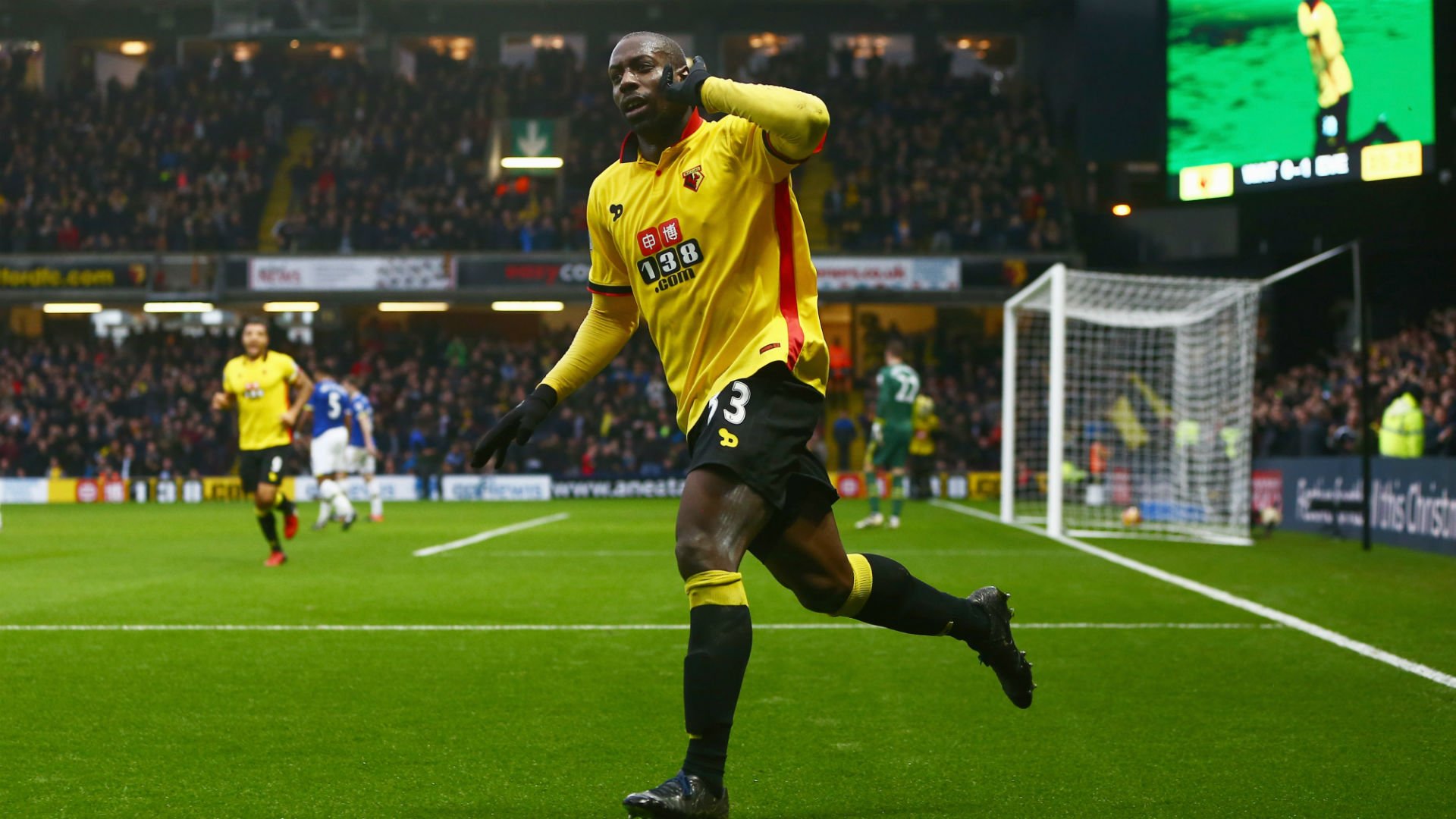 Italian/Nigerian forward, Stefano Okaka‘s, time in Premier League has come to its end after Watford decided to send him on loan to Udinese.

Okaka was shipped out to sister club Udinese on loan on Tuesday.

On the arrival of the Nigerian at Vicarage Road, he made a strong impression, but has failed to make continued impact as expected from him.

The forward ends his time at Watford with only five goals in 39 appearances for the Hornets, playing under a series of coaches during his two-and-a-half-year stay, but always struggling for consistency.

Okaka, who scored on his Italy debut back in 2014, made his Watford bow as they came from behind to beat West Ham United 4-2 away in September 2016.

Notably, there was also the two-goal showing in the 3-2 victory against Everton in December 2016—four months after he had joined from Anderlecht.

However, injuries steadily took their toll, and after managing 955 minutes across 19 outings in his first season, he would manage just 446 last term, starting only three games.

“I didn’t play much at Watford, but I scored some important goals,” he told Udinese’s website. “I’ve encountered lots of problems in my career, including on a personal level.

“I had an injury at the end of last season and that was an issue at the start of this term too. A player of my size needs time to get fit but I’m hungry and I want to play.”

At least now Okaka has the opportunity to get his career back on track and rediscover the form that he showed—in patches—during spells at various clubs across Europe.

“My experience in England has been very beneficial,” he added. “The Premier League is a difficult league.

“I’ve come here with the aim of doing well. I’ll give my all to realise my dreams and those of Udinese.”