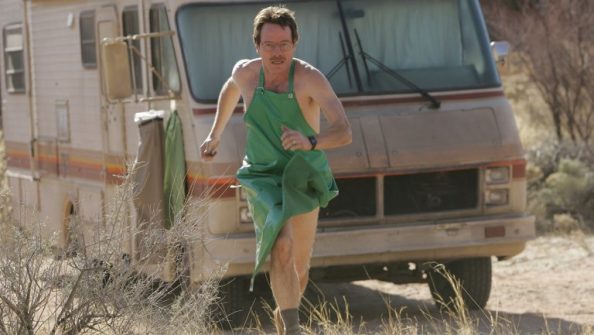 The Hollywood Reporter has revealed that Vince Gilligan, is working on a new chapter in Breaking Bad.

According to the network, Gilligan is working on a two hour movie, although it is unclear if the production is for TV or released theatrically.

“Gilligan, sources say, will pen the script, exec produce and possibly direct. Breaking Bad and prequel series Better Call Saul exec producers Mark Johnson and Melissa Bernstein are also said to be attached to the movie project, which is said to follow the escape of a kidnapped man and his quest for freedom. Production is expected to begin this month in New Mexico. The New Mexico Film Office confirmed that a project with the title of Greenbrier is slated to film in in the region,” the report said.