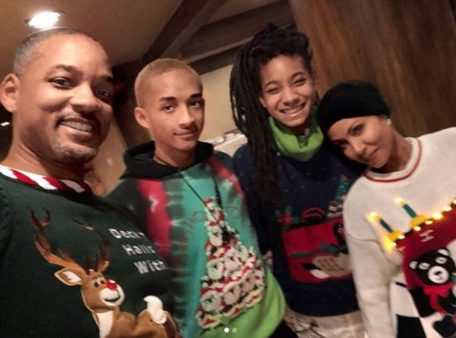 Popular American actor/rapper Will Smith and his wife, Jada Pinkett-Smith are always there to inspire their fans with words and action.

The couple revealed a dark time in their family history when Jada turned 40 during the newest episode of Jada’s Red Table Talk featuring Will Smith.

“I think the turning point in our relationship for me happened when I turned 40,” Jada said. “That’s when I had a mid-life crisis.”

During the show, Will surprised Jada with a documentary-like film all about Jada and her family.

“It was going to be a splash! It was going to be the thing that lifted her out of this mid-life crisis,” he recalled, “So Jada had to sit there and listen —I understand thoroughly now, at the time I didn’t—but she’s listening to these never-before-heard tapes of one of the dearest people she’s ever known in her life in front of all these people. She’s holding it together.”

Following this, Jada said she simply wanted “intimate time” to reflect on the video and that he should cancel any other birthday plans he made for her, to Will’s disappointment. “She was like, ‘It’s my birthday. Right?’ And she told me that the party was the most ridiculous display of my ego. Crushed. And to this day I know I was crushed cause it was true. It wasn’t a party for her,” he continued, noting that her comment hurt his ego. “I snapped in front of Willow, only time in her childhood, she ever saw me snap and I saw her look and Willow starts crying. I was like, ‘Baby, I’m sorry.’ She’s like ‘Just figure it out! You guys, please, just figure it out!'”
Well, this gave Jada the “courage to just say no.”

“I had to have the courage to unravel it and just realizing that this next 40, I’ve got to do it my way. This next half has to be directed by the picture for myself,” Jada explained, because she had tried to live up to an idea for him. “There was so much that wasn’t me that I was living. So much in-authenticity. I do think that there are a lot more people who are living lives that are not true to them because of their fear. So I understand, there’s no judgment, I did it.”

The ripple effect was that their daughter Willow developed identity issues, confessed how unhappy she was; she canceled her tour, to the disappointment of her father who insisted she must continue.

Willow didn’t remember this, but Jada recalled, “You were like, ‘Daddy, it doesn’t matter that I’m done?'”
And Will remembered telling her: “Yes, sweetie. It does matter a lot, it does but you can’t be done.”

“She came down the next day and shaved her head bald. I was like, ‘Does she know what she’s doing?’ Like that was a deep protest,” Will shared. “What it did for me is, I had a crazy realization in that moment. I was building what I wanted for her and she tried all of the different ways to say: ‘I don’t want that’. I was like, ‘I get it.’ I saw for the first what Jada had been saying about hiding behind my ego, my dreams and my desires and pretending like its love and I realized she didn’t want none of the stuff I had built.”

With all the mess happening in their home, the couple never considered divorce. It was not an option. “I had never seen a divorce lawyer. Like that was never—it never crossed my mind,” said Jada.

And Will added: “I had been divorced before, I wasn’t getting divorced again. Divorce wasn’t an option. There was a time where I was scared that she might. I was devastated even worse than a divorce. We broke up within our marriage and got back together again and had to rebuild with new rules—something way completely different.”

To repair their relationship Will said, “I took off for two years. I worked on myself. I’ve read 50 books on marriage and relationships and behavioral psychology; I was not going to fail in this marriage. But I shut down for two entire years to see what was I doing wrong.”

Now, years later, the couple have redefined their relationship. “We don’t even call ourselves married anymore,” Jada shared. “It’s a life partnership in the sense that we’ve created a foundation together that we know is for this lifetime.“