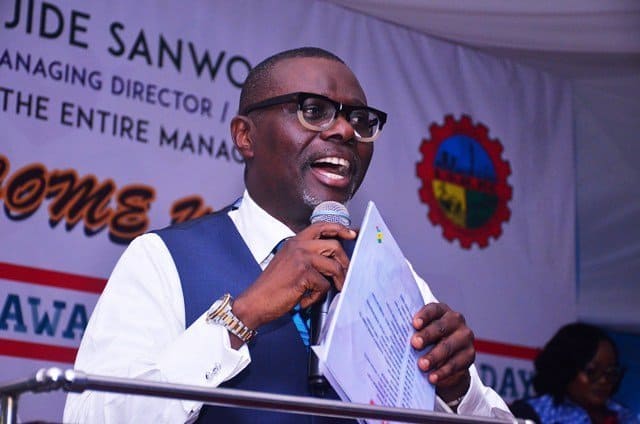 National Association of Nigerian Students (NANS) has disassociated itself from the purported report of endorsing Mr Babajide Sanwo-Olu as the Governorship candidate of All Progressives Congress (APC) in Lagos State in 2019.
The party shifted its governorship primary election to Monday.

The association made its position known following a report that a coalition of youth associations and student groups, under the auspices of Sanwo-Olu Youths and Students’ Campaign Organisation. on Saturday expressed support for the aspirant.

In a statement in Abuja on Sunday, the President of NANS, Mr Danielson Akpan, said: “NANS feels embarrassed by this act of impersonation as this goes to show the level of desperation of the characters involved in the act.’’
According to him, no man worth his onions will tow the part of bringing to disrepute the image of an independent organisation like NANS in order to score cheap political popularity and mislead the public.

“The attention of the National Association of Nigerian Students (NANS) has been drawn to a purported endorsement of Hon. Jide Sanwo-Olu as the flag-bearer of the All Progressives Congress (APC) in the party’s primary scheduled to hold tomorrow.

“We read this report in the media on with rude shock.
“NANS as an association is aware that primaries are on-going in various political parties and as a pressure group that is committed to the overall development of the country at large is studying the situation.

“NANS will make its decision known based on the interest of its members, which is majorly educational development and rightfully direct them in fulfilling their civic responsibility,’’ Akpan said.

He urged organisations and members of the public to be wary of individuals impersonating the Office of the President or any other officers of NANS to extort or defraud, especially at this political period.
He also called on the security agencies to help curtail the activities of such fraudsters.