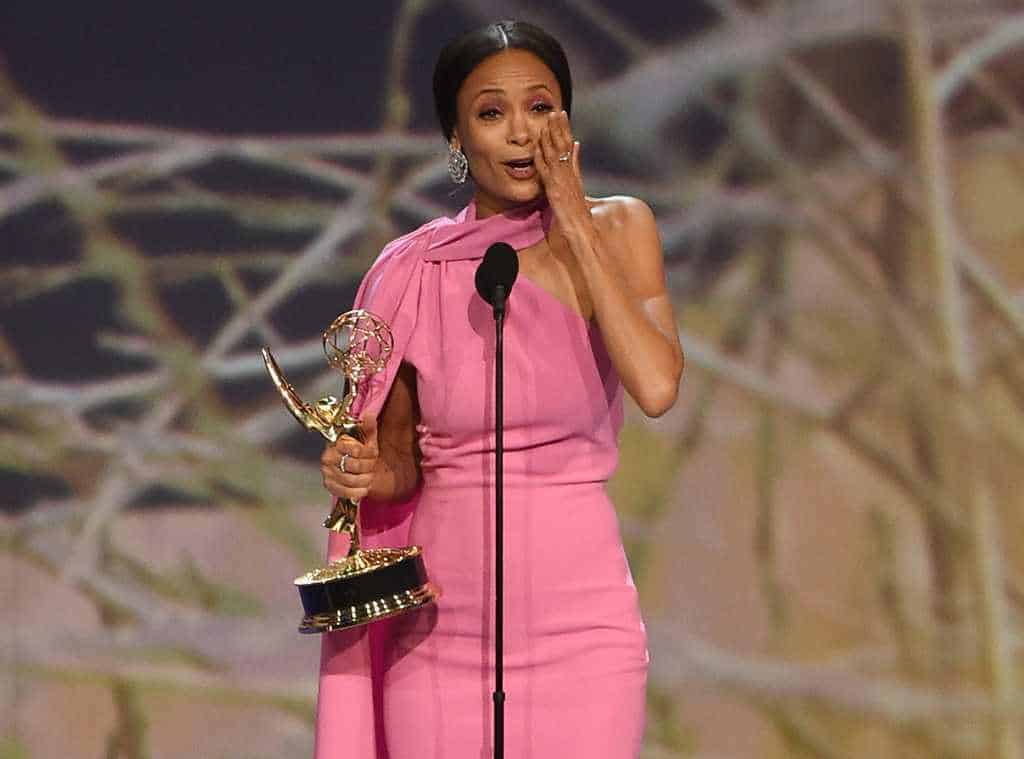 Hollywood actress, Thandie Newton, took the stage during the Emmys award, to thank everyone after winning the Outstanding Supporting Actress for her act in Westworld.

Newton had won the award which saw other actress like The Handmaid’s Tale stars Ann Dowd, Yvonne Strahovski, and Alexis Bledel; Game of Thrones’ Lena Headey; Millie Bobby Brown from Stranger Things; and Vanessa Kirby from The Crown nominated.

Her statement has stirred reactions from lovers of Hollywood.

Thandie Newton saying “I don’t even believe in God, but I want to thank her” and then dropping an f bomb just reignited the #Emmys⁠ ⁠for me pic.twitter.com/Xf0V8UAo1K

I really don’t care if Thandie Newton blocks me . I feel sorry for her for the comments she’s made on accepting her #Emmys award. God have mercy on Thandie Newton @thandienewton

"Thandie Newton: 'I don't even believe in God but I'm going to thank her tonight''

The fool hath said in his heart, There is no Elohim. They are corrupt, they have done abominable works, there is none that doeth good.

You looking at a fool https://t.co/uq9RDUsZXK