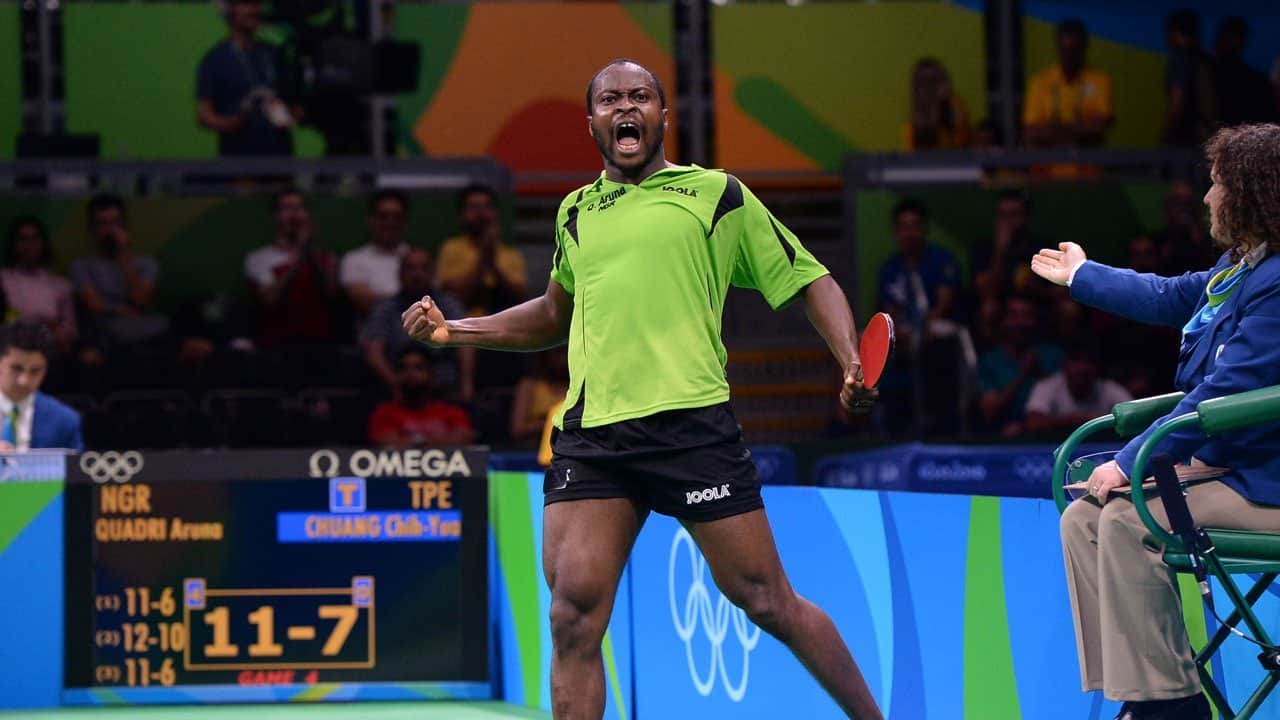 Nigeria’s Aruna Quadri emerged winner of the men singles event at the 2018 ITTF African Championships which ended in Mauritius on Sunday.

According to a statement by ATTF-Africa, Quadri did not drop a point from the first round until the final when he defeated Egypt’s Ahmed Saleh 4-1 to win his first African Championships title.

Quadri, who is currently ranked 18th in the world, narrowly lost to Egyptian rival, Omar Assar in 2016, Naija News recalls.

Speaking after his victory, an obviously excited Quadri said:

“I think I have won virtually all the titles in Africa, the only one I am still hungry to win is the African Games’ title which I believe I will continue to work hard in order to win it next year in Morocco.

“I am happy that I am winning this African Championships title for the first time, particularly less than one month after I won the ITTF Challenge Nigeria Open in Lagos.

“I am grateful to my Mauritian fans for their support throughout my matches.”

The women single was won by Dina Meshref of Egypt who convincingly defeated her compatriot, Reem El-Eraky by 4-0 to reclaim her title.

Meshref, earlier faced a strong opposition from Nigeria’s Edem Offiong in the semi-final stage of the tournament.

“I am happy winning my title back but it was not an easy task, particularly with the match against Edem Offiong.

“But in all I am happy as I look forward to the ITTF World Cup which is my next tournament this year,” she said.