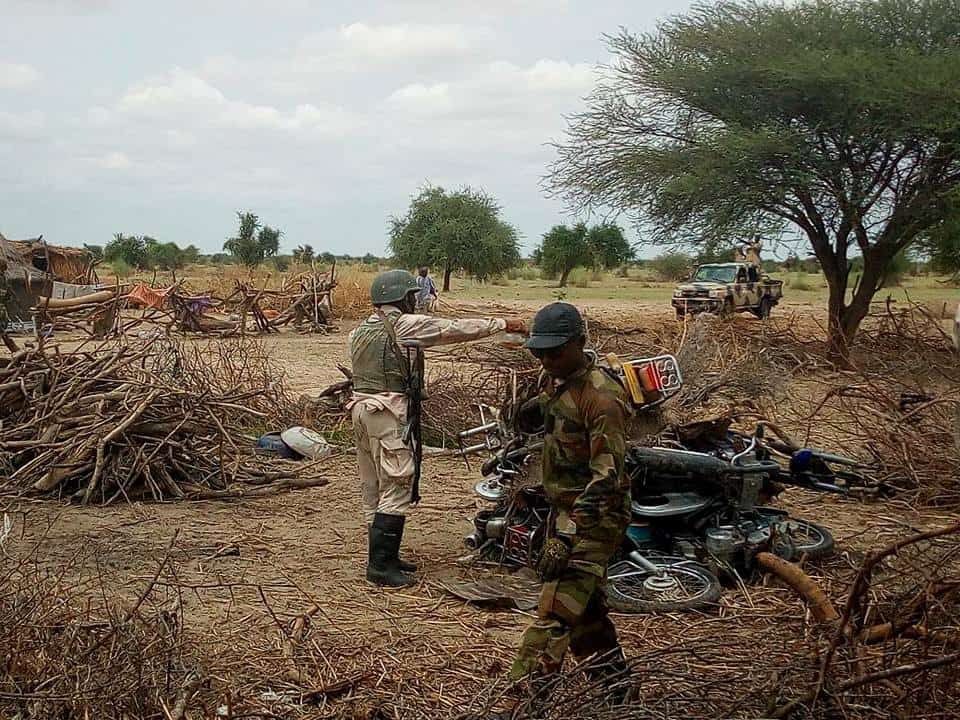 According to a statement by Texas Chukwu, army spokesman, the suspect is believed to be number 96 on the wanted list published by the army.

Chukwu said Lawan was arrested after he infiltrated into an internally displaced persons (IDPs) camp in the area.

“The suspect is currently undergoing preliminary investigation and will be handed over to the appropriate authority for further action,” he said.

Meanwhile, Chukwu said troops had also neutralised two terrorists at Malari village in Borno during an ambush while others fled into the bush.

He said 10 bicycles were recovered from the terrorists during the encounter.

In a similar development, he said troops had dislodged armed militia from their camp at Gbamjimba-Akor axis in Guma local government area of Benue.

He said unspecified number of the armed militiamen were neutralised, adding that others escaped into nearby bushes with gunshot wounds.

Items recovered from them according to Chukwu include,  AK 47 rifle, two AK 47 rifle magazines, 60 rounds of 7.62 mm special ammunition and five motorcycles.