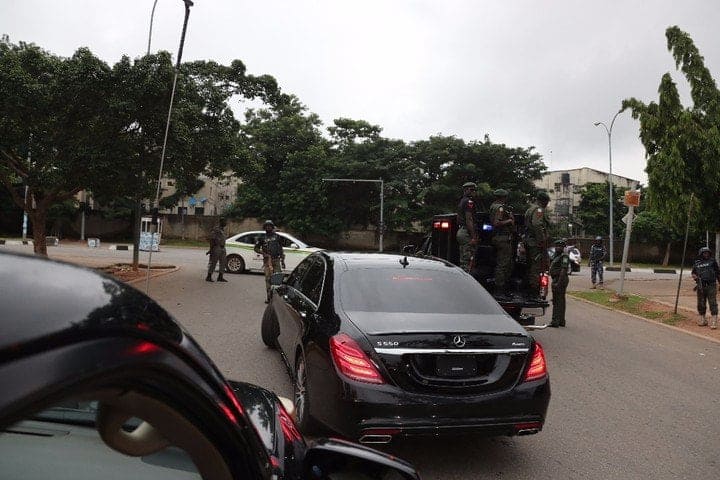 The Maitama residence of the Senate President, Bukola Saraki and that of his deputy, Senator Ike Ekweremmadu are currently siege.

Saraki’s political aide Bamikole Omisore tweeted that security operatives had blocked his principal from leaving his Abuja residence this morning after laying siege on his convoy:

Sources say the presiding officers will not be allowed to gain entry to the Senate chambers today and likely this week by certain interests in government so as to prevent a mass defection of aggrieved senators especially of the splinter R-APC who may want to defect to PDP and other political parties before the National Assembly goes on its annual recess this week.

The aggrieved lawmakers are also working hard to defect on time so as to meet up with the INEC calendar on primaries while in their new political parties.

Following an emergency invitation to appear before the police at 8am this morning, Saraki had last night in a statement signed by his media aide, Yusuph Olaniyonu stated that:

“This plot aimed at compelling me and my associates to stay in a party where members are criminalised without just cause, where injustice is perpetrated at the highest level and where there is no respect for constitutionalism is an exercise in futility and it will fail.

“Once again, my confidence in God and our judicial system remains intact and unshaken. The truth shall also prevail in this case.”

It is unclear if the siege in the presiding officers of the Senate is sanctioned by President Muhammadu Buhari who has in the past few days met with aggrieved lawmakers including Saraki to renegotiate their stay in the ruling All Progressives Congress and remain in the party rather than defecting. He last night met with another group of senators led by Kano senator, Rabiu Kwankwaso. 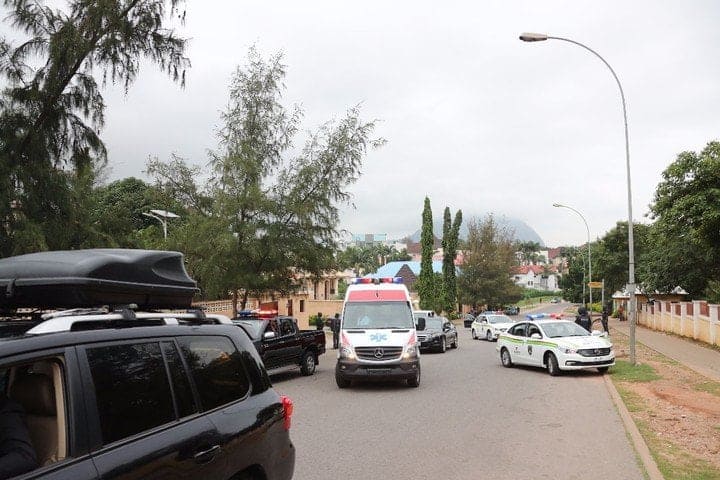