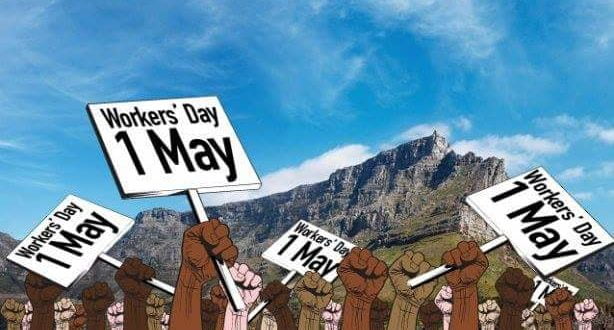 Nigeria joined the rest of the world, on Tuesday the 1st of May, to celebrate the Nigerian Labour Force. An annual event that avails the government, the Private sector and the labour unions to reflect on the exploit and failure of the last one year and also come up with a road map that would help the Nigerian Labour be partaker of the dividend, not just be a stakeholder of the socio-economic development of the country, but also as a citizen of the country. This special day should, in actual sense be a day for the country to acknowledge the indelible impart and addition of the working force in the Nation’s development.

Nigeria, with the population estimate of 193 million people, has one of the highest active population in African and the world. According to the National Bureau of Statistics, Nigeria’s labour population increased from 83.9 million in the second quarter to 85.1 million in the third quarter of year 2017. This figure apparently indicates that about half of the Nigerian population country employ their energy, expertise and intellect to enhance the development of the country.

Nigerian workers are industrious and innovative. If given the opportunity and a favourable environment, they can make things happen. When you stroll through the streets of Lagos and other cities of the country, you will agree with me that Nigerians are hardworking, but is the Nigerian labour environment friendly enough?

This is one of the reason, many individuals, including myself see no justification in the statement made by President Muhammadu Buhari in the United Kingdom, that young people, who make up the largest chunk of the country’s active population are entitled and spoilt people, who want to seat and wait for the country’s oil wealth to be distributed to them. The President claim is untrue and disappointing.

To make up for the obvious misrepresentation of Nigerian youth, the Vice president, Professor Yemi Osinbajo, while speaking at this year’s edition of “The Platform” in Lagos, took his time to outline and shower accolades on young Nigerians for their achievement. From those who are employers of labour to those who are employee at different level. He pointed to the wave young people are making in thescience and technology sector, in arts, fashion, entertainment and public service. “I will share some of the stories of young people many of whom I have met who by just doing their own work faithfully have contributed to  building our economy, increased our national pride and confidence, created opportunities for others, as well as, inspired others to be the best they can be.” he said.

It is unfortunate that Nigeria’s perspective to labour and anything that pertains to it has been view with stereotypes. Nigerians see the labour force as those that work either for the government or private organsation. But Labour goes beyond this triangulation. Nigerian workforce comprises of people who generate wealth for the country, and not limited to those who are paid to work for a business owner. Just as the Labour union fight for the rights and benefits of Nigerian workers there is the need to fight for the right of “Independent Labours” who are making all the sacrifices and baring all the risk involved in doing business in Nigeria. if they are fought for the right of those who work for them would definitely be guaranteed.

With the huge number that indicates Nigeria is the giant of Africa in term of work force, Nigeria remains one of the least in term of Minimum wage, while the Like of Kenya, Ghana and South Africa boast of minimum wages ranging from $69, $57 and $206 per month respectively, Nigeria is still struggling to pay $50 as minimum wage. This is not just unfortunate, it also show the level of injustice, in a country where a senator earns more than 13 million a month.

The worst part is the fact that the salaries of workers especially those in the Pubic service are usually not paid, workers are own salaries of up to 24 months, some workers have their salaries slashed, without any hope of getting back the arrears. Also Retired workers in Nigerians are more likely to die before they get their entitlement.

Other time, workers get fired without explanation or compensation, and the justice system seem not to be asking question; it is only in Nigeria these kind of things happen. The impunity with which the government and the private sector deal with labour in the country must be dealt with if we indeed we want to get the best out of each individual in the country.

In addition to the peanut paid to workers, the condition of work for most Nigerian worker is degrading to say the least. Unfortunately, Most foreign business has taken a cue from the government and indigenous business to treat their Nigerian workers badly, apart from the fact that most of these business pay Nigerian far below the minimum wage, they also pay foreign workers or expatiates who may not be as qualify as their Nigerian counterpart far more than they pay Nigerian, this is uncalled for. The Nigerian government should cover it face in shame, knowing fully well that it citizens are treated like slaves in their own country.

It is an undisputable truth that Nigerian labour must fight for their emancipation. It is time they break the shackles of servitude in their own country. This is the reason why the fervent demand by the National Labour congress for the implementation of the N66,500 new minimum is a welcome development, however, I believe that the welfare of workers goes beyond their take home at the end of the month. It important that the National Labour Congress don’t lose sight of its priority, especially, when we acknowledged the reality of the failure of most state in the federation to pay the present 18,000 minimum wage – how then can they afford a wage that is about four times the old one?

While I am not insinuating that NLC’s quest to help Nigerian workers get a better in the way of an increase of Minimum wage, i think that the NLC should redirect it effort to pressurizing the government to create a society where infrastructures and social amenities are functional. This, in other words means that the Congress should fight to ensure that the government put in place, free and adequate educational system, a working health system, good roads, a striving economy and a reliable social justice system. These system would help reduce the high cost of living and thus reduce the rate of spending on the part of workers. This further implies that fighting for a new adequate minimum wages should be part of the means to an end, that is a way to get the government and other stakeholders to put in place things that would make life easy for Nigerian.

The Nigerian workforce need to be incentivized to be more effective. To stem the tide of brain drain, a situation where out brightest minds move out of the country to add value to other other countries as a result of the prevailing situation, Nigeria and the government must learn to value what it have by encouraging and appropriately remunerating Nigerians workers. The government must realize that it can adequately care for all it citizen by ensuring that the interest of its work force at every level of employment is adequately seen to. Nigeria can further be labour friendly when the problem of unemployment is dealt with in the country. According to the Financial Derivative Company Limited, unemployment rate in Nigeria is now at 18. 8 per cent; 15.9 million Nigerians are unemployed, while 18 million others are underemployed. Nigerians should not leave the country to seek a better live abroad.

Apparently, Nigeria should not expect the best from the Nigerian worker with all these undesirable and unpalatable conditions of work they have to endure. Collaborative efforts from the Private sector, the government at all levels and Labour unions should be set into motion to ensure that Nigerian workers get a fair share of dividend of the effort and time they expand to ensure that the nation develops. It is high time we make Nigeria, Labour Friendly.